When Georgia opened its new Cyber Center in July, it also opened a door to the future.

On July 10, the state officially unveiled the center, which spans 332,000 square feet in two adjacent buildings. The first building to open is the Hull McKnight Building. At $100 million, the center represents the single largest investment in a cybersecurity facility by a state government to date, officials say.

Georgia CIO Calvin Rhodes, executive director of the Georgia Technology Authority, told StateTech last year that the center would foster collaboration on constantly evolving cybersecurity threats. In remarks at the center’s opening, Rhodes and others involved in the project echoed those themes.

Georgia officials see the center not just as a marker that the state intends to lead on cybersecurity, but also as a way to train the IT security workforce of the future and nurture closer relationships among academia, the private sector and government.

The center sits on Augusta University’s Riverfront campus and was spearheaded by Gov. Nathan Deal at the urging of Augusta businessmen James M. Hull and William D. McKnight, according to the Augusta Chronicle. (The second building in the complex will be called the Schaffer MacCartney Building in honor of Michael Schaffer and Teresa MacCartney, who worked on the overall project, the Chronicle reports.)

Georgia is positioning the center as a unique public-private collaboration that includes Augusta University, Augusta Technical College, research institutions of the University System of Georgia (USG), the Technical College System of Georgia (TCSG), the city of Augusta, the Georgia Bureau of Investigation (GBI), the Georgia Department of Defense and other state, federal and private-sector partners.

One of the center’s key missions is to help create the cybersecurity workforce of tomorrow. It’s going to be needed.

“The first mission is what [Deal] says it’s about, which is workforce development, and bringing multiple different entities together in a much broader way,” Rhodes said at the opening, according to Law.com.

More than 40,000 Georgia residents now work in cybersecurity, including about 13,000 in the Augusta area, the Atlanta Journal-Constitution reported in January. Many of them are intelligence analysts who work at nearby Fort Gordon, which is home to an Army Cyber Command headquarters and a major National Security Agency command post.

The center will work with its academic partners to offer training in cybersecurity to help meet the demands of government agencies and private employers for skilled IT security workers.

Augusta Technical College will also offer courses in cyber learning labs at the center. “We see the vision of where the Cyber Center will go as something that will help us develop a curriculum and create a workforce that will grow the economy in this region and the state,” August Technical College President Terry Elam said in a statement.

“We’re skating to where the (hockey) puck is going,” said Michael Shaffer, Augusta University’s executive vice president of strategic partnerships and economic development, according to the Journal-Constitution.

The center, Rhodes added, will also foster collaboration among groups that have never worked together before, including Georgia’s technical and state college systems, as well as the GBI, the FBI, and the Department of Homeland Security. “I think the really fascinating thing that’s happening here is the number of different areas that the Cyber Center will touch,” Rhodes said, according to Law.com.

In addition to a 340-seat auditorium and restricted access areas that meet classified and high-security needs, the center offers numerous spaces designed to encourage collaboration on cybersecurity.

The Georgia Cyber Range will be available to students, industry and government professionals for education and training, product development, offensive and defensive competition and more, according to a press release.

Additionally, the GBI’s newly created Cyber Crime Center will be housed in the building, allowing law enforcement professionals throughout the state to access the bureau’s expertise in digital forensics, according to the center.

In terms of academics, Augusta University and Augusta Technical College will collaborate in a new partnership that places a USG school alongside a TCSG school, allowing them to share classes and resources.

And theClubhou.se, an Augusta-based nonprofit, will manage an incubator and accelerator program to foster innovation and entrepreneurship in cybersecurity. 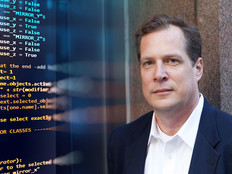 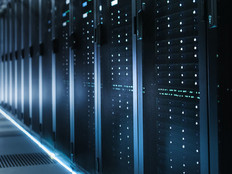 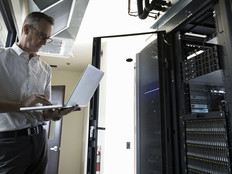