If you come to the Gateway to the West sometime early next year or beyond, in addition to the Gateway Arch, St. Louis Zoo and other attractions, you will also likely encounter giant smartphones on the street.

St. Louis wants to deploy a group of touchscreen digital kiosks equipped with Wi-Fi that would offer directions to local businesses and attractions, public transit maps and emergency alert functions.

Late last month, the St. Louis Development Corp., the city’s economic development arm, issued a request for proposals (with a deadline of Sept. 28), and intends to pick a winner in early October. The initiative is being led by St. Louis’s new — and first — CTO, Robert Gaskill-Clemons, who Mayor Lyda Krewson brought on in March from the state of Washington.

St. Louis plans to have a pilot deployment and to test kiosks in three locations, then have most of the first 20 kiosks online in January, according to the RFP. After that, the city aims to deploy an additional 30 kiosks, then more in the future “based on requests from the community development organizations.”

The rollout would be akin in some ways to the Link NYC project in New York City. Additionally, Philadelphia has also proposed rolling out kiosks to deliver free public Wi-Fi.

“We are always looking for ways to better serve the public,” Krewson said in statement. “These kiosks are part of our Smart Cities Initiative, which focuses on using technology to more efficiently deliver services, enhance public safety, and expand internet access.”

“It’s one heck of an opportunity to start putting smart-city technology in front of the citizens of St. Louis,” Gaskill-Clemons said, according to the St Louis Post-Dispatch.

Smart Kiosks Will Come with a Bevy of Technology

According to the RFP, the kiosks must display up to date information on local businesses, attractions, events, points of interest and public and private transportation options; be able to deliver directions; have panic functions integrated with the current 911 system and E-911 once available; and support emergency alert notifications.

As for connectivity, the kiosks must support a mobile modem that can run on a 4G LTE Advanced wireless network with a SIM-based auto-carrier, be upgradable to a 5G wireless network when available, and support a single mode fiber-optic network connection.

The kiosks must also support accessibility features to ensure all users have full access to their capabilities.

St. Louis also does not want to be stuck with malfunctioning kiosks. The RFP states that the city, via the Board of Public Service, reserves the right to demand the kiosk provider remove, within 48 hours following a written request, “kiosks that fail to perform as per performance requirements or if the provider fails to operate and maintain kiosk as agreed.”

Neighborhood organizations such as Downtown STL and those near Tower Grove Park have expressed “huge desire” for the kiosks, Gaskill-Clemons told the Post-Dispatch.

Krewson says the kiosks will not cost St. Louis taxpayers any money, and the RFP makes clear that they “shall not be considered a commercial venture or a type of electronic billboard,” and that the kiosk provider “cannot charge users for access to any of the features, functions, or capabilities provided by the kiosks.” 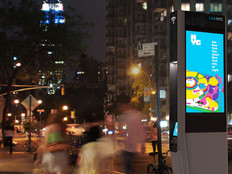 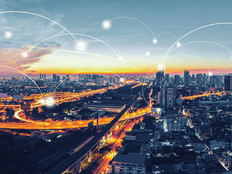 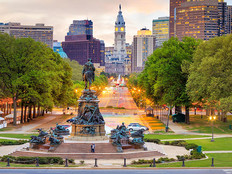