Remember when cloud computing was considered leading edge? It wasn't all that long ago. Yet today, rampant consumer adoption has accelerated state and local governments' cloud deployments.

According to the CDW•G 2013 State of the Cloud Report, 73 percent of organizations say their employees' use of cloud services has significantly influenced their move to the cloud. Of course, IT folks are also users — 66 percent attest that their personal use of cloud apps has influenced their recommendation to move to the cloud. These IT professionals realize that cloud services and storage could work well for government too.

The CDW•G report finds that 39 percent of organizations have implemented or maintained a cloud solution in 2012. That's up from 28 percent in 2011. Software as a service (SaaS) in particular has gained acceptance, with state and local governments deploying cloud-based conferencing and collaboration, messaging, office productivity and business process applications. These offerings have matured to the point where they can deliver more robust features to users at a lower overall cost.

Cost reductions weigh heavily in the decision to move to the cloud. Some of the cost factors considered when organizations compare cloud technology with traditional IT services include software management, licensing, IT labor, capital investments, energy consumption and real estate costs. The survey shows that within four years, organizations expect to save as much as 25 percent of their IT budgets through the use of cloud resources and applications.

For example, Somerset County, Maine, reduced its IT operating costs by 40 percent by deploying cloud computing, says Peter A. Smith, technical serv­ices director. The county uses a private cloud infrastructure to host public-safety software for neighboring jurisdictions and will explore using cloud-based e-mail from the state of Maine. "Having to host it yourself is tedious," says Smith. "Why spend the money maintaining it yourself when you can let others do it for you?"

In addition to cost savings, cloud computing delivers a host of other benefits. Chief among them is increased efficiency, according to 55 percent of survey respondents. Others include facilitating worker mobility, increased innovation and freeing up staff and resources for different tasks or new projects and services.

Illinois CIO Sean Vinck says, "Whenever we do a procurement, we have to consider infrastructure, platform and SaaS offerings as a viable alternative from a security, technological and economic standpoint." 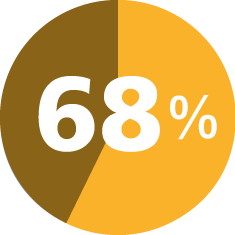 Concerns about data and application security continue to impede cloud adoption, and the CDW•G 2013 State of the Cloud Report shows other barriers have emerged as well. For instance, 32 percent of respondents worry about the performance of cloud services, while 25 percent want to fully think through the technical aspects of integrating cloud applications or infrastructure with legacy applications.

None of those issues are preventing implementation, however. IT leaders instead are carefully considering ways to embrace cloud computing while protecting their organizations.

Minnesota's ­Southeastern Libraries Cooperating/Southeast Library System (SELCO) feels confident enough about its SaaS deployment that the organization plans to move data backup to the cloud, says ­Donovan Lambright, an automation librarian for SELCO. "You go to any commercial, private company storing customer data online and my assumption is that they have processes in place and standards that address our concerns," he says.