William Pelgrin, the chief executive of the Center for Internet Security and one of the state technology community’s most trusted cybersecurity advisers, will retire at the end of May, the center announced on Wednesday.

“William Pelgrin’s outstanding vision and commitment have elevated CIS on the national and international stages as a trusted leader in cybersecurity, and he has positioned CIS to be responsive to the ever-changing security threat landscape,” John Gilligan, chair of the CIS board of directors, said in a statement.

Jane Holl Lute, the former deputy secretary of Homeland Security, will replace Pelgrin as CEO. After leaving DHS in 2013, Lute served as CEO of the Council on Cybersecurity, a nonprofit organization that integrated with CIS in January.

Retired Brig. Gen. Steven Spano, who led IT policy and operations in assignments around the world for the U.S. Air Force, will serve as President and COO of CIS.

Lute said in a statement of her predecessor: “William Pelgrin has left an incredible legacy that has made an indelible, global impact on cybersecurity. I look forward to building on that momentum and, in collaboration with Mr. Spano, leveraging our focus on people, technology, and policy to create a cyber world in which best practice becomes common practice.” 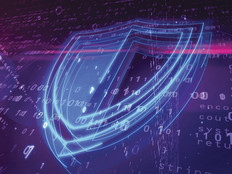