Hudson, Ohio, has long been an ideal place to do business. By playing up its strategic location, highly educated workforce and charming downtown, the small city has attracted more than 900 businesses, including Jo-Ann Fabric and Craft Stores and toymaker Little Tikes.

But a few years ago, that business-friendly reputation was suddenly in jeopardy. The city couldn’t provide the economic development lure of ultrafast broadband. Hudson had only two Internet service providers, and connectivity was slow, unreliable and expensive.

“A lot of our businesses are very data-intensive, and we had them coming and telling us over and over, ‘We can’t grow here, we can’t expand,’” recalls Assistant City Manager Frank J. Comeriato Jr., noting that one engineering firm had to wait until the middle of the night to upload large files to Japan. “And new companies that we were trying to attract to Hudson were telling us, ‘There’s no way. You don’t have the bandwidth we need.’”

The number of U.S. municipally owned networks that offer broadband service of at least 1Gbps

So the city took a leap of faith and chose to become its own service provider. “We had no choice, really,” says Bill Hilbish, IS manager for Hudson. “Businesses need access to fast, reliable bandwidth if they’re going to compete, and we needed to do whatever we could to provide that to them.”

With an initial $800,000 investment, Hudson officials last spring began laying the groundwork for the Velocity Broadband fiber-optic network for businesses. Hilbish and his team built a new data center that houses a Cisco Systems 9000 series router, Cisco Catalyst and Power over Ethernet switches, Cisco ASA firewalls, APC Symmetra UPS switches and VMware virtual servers, among other equipment. The team also buried fiber-optic lines throughout the city, put out bids for Internet providers and ramped up billing and customer service functions.

In September, Velocity Broadband began connecting businesses. “We have a backlog of companies that want us to hook them up,” Hilbish says. The broadband network has also helped Hudson court other companies.

“As soon as we announced the 1-gigabit service, we got a couple of calls from businesses outside the city who wanted in,” says Comeriato. “Realizing they’d have access to fast, reliable broadband was the key tipping point in finally making the decision to come to Hudson.”

Hudson is just one of an increasing number of municipalities that has chosen to launch its own broadband networks, according to Christopher Mitchell, director of community broadband networks for the Institute for Local Self-Reliance.

“Many communities have realized that if they do not invest in themselves, they will be left behind in the digital economy,” Mitchell says. “Local governments are watching as other communities that have affordable citywide, high-quality Internet access are thriving.”

Chattanooga, Tenn., offers one such success story. In 2010, the city’s Electric Power Board utility unveiled a 1-gigabit-per-second municipal network, which was then the fastest in the country. EPB recently rolled out a 10Gbps service.

The city’s network came about somewhat unintentionally when officials modernized the power grid by laying a fiber network throughout its 600-square-mile service area.

“We knew that high-speed Internet would also be critical infrastructure in the future, so we decided to try to also make the network available to the community,” says Danna Bailey, EPB’s vice president of corporate communications.

The percentage of rural Americans who have access to Internet broadband speeds of at least 25Mbps, compared with 94 percent of urban residents

More than 75,000 Chattanooga residents and businesses obtain broadband from the municipal utility. “Our service is by far the fastest,” Bailey says. Chattanooga’s broadband initiative has yielded results. According to an independent study by Bento Lobo, a finance professor at the University of Tennessee-Chattanooga, the network has generated between $865 million and $1.3 billion in economic and social benefits while also creating as many as 5,200 new jobs.

Now known as Gig City, Chattanooga has attracted startups, entrepreneurs and 3D printing activity. Other companies are choosing to expand and relocate to the area, including West Star Aviation, which is opening a new facility with 225 jobs.

“Having this sort of connectivity is opening up lines of creativity that may have been there before but couldn’t be easily explored,” Bailey notes. “More than that, it’s really giving us this new level of confidence and enthusiasm about the future.”

Fighting for the Future

Officials in Independence, Ore., long ago realized they would need to take inspiration from the city name if they were ever going to get broadband and a chance to participate in the 21st century economy.

“Ten years ago, we had dial-up Internet and no hope of anything more until 2015 or so,” recalls Shawn Irvine, Independence’s director of economic development. “We didn’t want to sit around and wait until we were at a competitive disadvantage.”

Independence teamed up with a nearby town to build the Monmouth-Independence Network, which offers broadband speeds of up to 100 megabits per second to residents and businesses.

“Part of what we’re offering and selling with this service is opportunity,” says Irvine. “Our goal is to really help the community, and we’re seeing that beneficial impact.” For example, any family that qualifies for the free and reduced school lunch program can receive a basic Internet connection for $10 per month.

Last July, Independence landed FCR, a contact center that boasts a $7 million annual payroll and plans to hire 200 more workers by early 2016. “They told us that the network was the selling point,” Irvine says. “High-speed connectivity is an absolute necessity for their business.”

Building a municipal broadband network can be risky, expensive and daunting. Municipalities should start by considering the following questions: 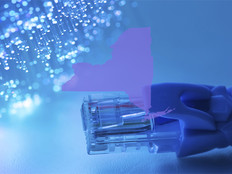 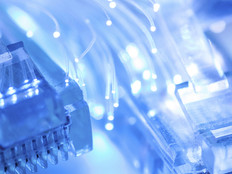 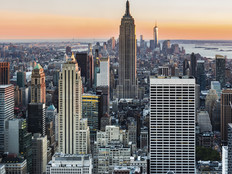