States are increasingly adopting an agile approach to technology deployment, according to the initial findings of a survey conducted by NASCIO and Accenture, a technology consulting firm. The agile concept, which takes an iterative and incremental path to designing and building IT projects, seems well-suited to an age of rapid change and limited budgets.

Buckhurst and state IT leaders discussed the survey findings in a panel discussion at the NASCIO Midyear 2017 Conference this week in Arlington, Va. The research canvassed state CIOs, as well as other state agencies, and found that 81 percent of respondents are using the agile concept, with half indicating that they have been using it for less than three years. About half also said that they frequently blend agile strategies with other implementation methodologies on IT projects.

Panelist Chris Cruz, California’s deputy CIO, said that being agile has helped to address IT risks where they are most significant: at the department level.

“California has 58 counties, 41 million people,” he said. “A lot of what we do is a federated approach to IT in the state. So having something that’s standardized from a methodology perspective like agile, will help manage our risk and ensure that we have more successes down the line. The mechanisms with agile are now helping us to size up project complexity, project scope, project scale … so we don’t [move] forward with something that can’t be successful.”

The state of Minnesota has been using the agile concept for more than three years, said Tom Baden, the state’s CIO. The strategy is effective, he said, but he cautioned that it is not a panacea.

“It still comes down to the fundamentals of good software development and discipline, good project management, making sure your procurement officer understands and can move with it, [and] good leadership,” he said. “You still have to be disciplined while being creative. Measure, measure, measure [and] act — don’t be afraid to kill things early.”

Although the survey found that agile strategies are gaining traction and bringing positive change, the results also revealed barriers to implementing the approach, such as a deficient training, lack of cultural support and procurement not being set up to handle agile projects.

Still, for those who find success, the benefits can be significant. “It’s not necessarily [resulting in] less risk,” said Buckhurst. “But what you’re risking is a lot smaller. So, if you have an issue, you figure it out early. There’s less investment, and you can adjust. It’s the flexibility that’s really important.” 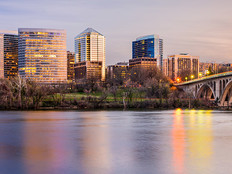 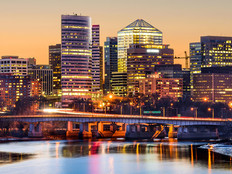 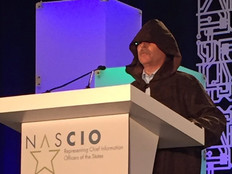