After success with a pilot program, Chicago’s Metra is expanding the number of cars with wireless access from 12 to 62.

The organization sought out cost-neutral options, with wireless carriers providing coverage in exchange for digital ads or user fees, but the companies never came up with a design that would allow them to make a profit. And a study showed that laying down a robust trackside infrastructure would cost the agency an astronomical $72 million.

By the beginning of 2016, Metra settled on a middle ground, rolling out an inexpensive pilot that placed wireless routers and antennas on a small number of train cars. The routers connect to 4G service from Verizon and AT&T. Although the solution doesn’t provide the same speeds as an expensive trackside fiber installation, riders by and large seem pleased with the service. Metra recently expanded the offering, bumping up the number of cars with wireless access from 12 to 62.

“People ask about Wi-Fi all the time,” says Bruce Marcheschi, chief engineering officer for Metra. “It’s been a persistent request, and we wanted to address what customers are asking for. We feel that this is a very economical way to add a little more value for the ridership.”

As technology improves — and as riders become accustomed to Wi-Fi nearly everywhere they go — transit agencies increasingly find innovative ways to allow passengers to connect while on the bus or train. Earlier this year, New York City’s Metropolitan Transportation Authority made all 279 of its underground stations Wi-Fi accessible, and smaller transit agencies in places such as San Antonio, Salt Lake City and Santa Clara, Calif., now offer wireless access on buses, trains and trolleys. In some areas, it is purely a customer amenity, but in others, agencies also use the new connectivity to support mission-critical back-end functions, such as passenger counting and bus-tracking systems.

“Five years ago, you would have had to provide a lower amount of bandwidth,” says Bill Menezes, a principal research analyst who covers mobile networking for Gartner. “Today, you have access points that can support higher throughput, and LTE coverage is pretty pervasive, especially in metropolitan areas. So, you’ve got a huge amount of capacity, and at the same time, user habits are changing. There’s this pervasive desire for connectivity on the part of users.”

Chicago’s Metra system started with a six-month pilot, placing Cradlepoint COR IBR1100 Series routers on 12 train cars. At first, administrators didn’t cap data usage, but it quickly became apparent that even just a couple of heavy users could slow down the system for everybody else. To provide a consistent experience, Metra officials decided to implement a 1-megabit-per-second cap for each user — fast enough to facilitate email and web browsing, but not sufficient for most video-streaming services.

“We’re willing to give people enough bandwidth to do common day-to-day things, but we needed the cap to keep the service free,” Marcheschi says. “We haven’t charged anybody a penny to use the Wi-Fi.”

Even before the deployment, a 2015 study from DePaul University showed that Metra ridership was growing despite fare increases. Researchers speculated that this might be due to commuters wanting to use their electronic devices on their way to work. 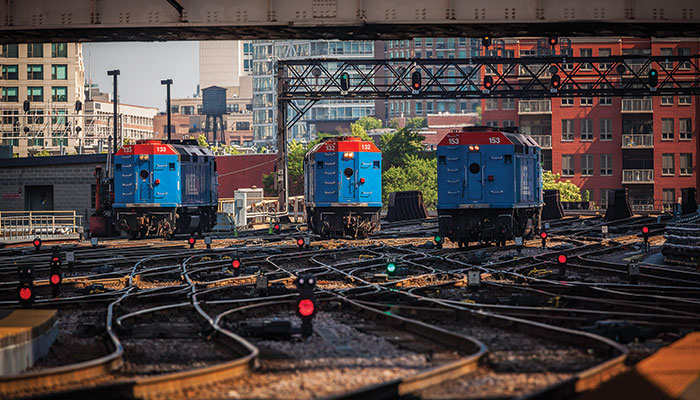 The pilot cost the rail agency about $35,000. Now Wi-Fi is available in almost 62 train cars, at a total monthly cost of about $10,000 to the system. “We’re hitting 25 gigabytes of usage a month, which is cost-effective for us,” says Chris Krakar, Metra’s director of telecommunications. “Capping it at one 1Mbps for each user makes it manageable.”

Other agencies have successfully deployed routers that connect to cellular service, as trackside fiber is too costly to be practical for most train operators, and obviously isn’t an option for bus coverage.

The Minnesota Valley Transit Authority (MVTA), which operates buses in suburban Minneapolis, began deploying Cradlepoint routers on its fleet in 2014, and now has 32,000 registered users. Rather than cap user speeds, the agency employs Cisco Systems’ OpenDNS to block streaming sites like Netflix, Hulu and YouTube. “We get pretty good speeds — 50 or 60Mbps of data throughput,” says Tyre Fant, IT manager for MVTA. “The router can handle 63 users before it slows down, and the service has been consistent.”

When the MVTA first rolled out wireless routers on buses, it received periodic complaints from riders who weren’t able to connect to the system. It turned out that the routers were switching off without properly shutting down when drivers turned off the buses. The equipment didn’t always operate properly when the bus started up again. The agency worked with Cradlepoint to reconfigure the routers to automatically enter into a proper shutdown process when the buses were turned off. 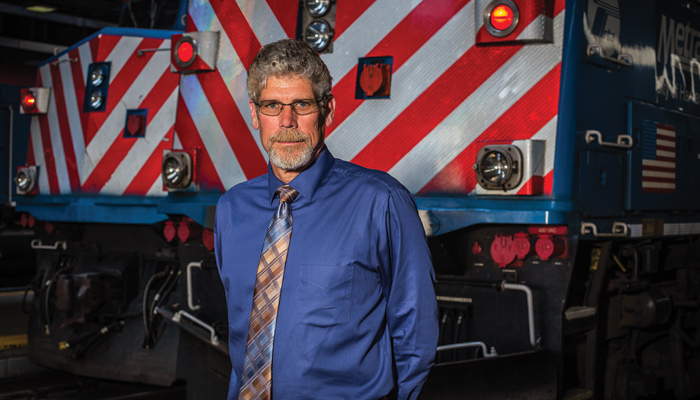 As technology evolves, so do customer expectations. Florida’s Miami-Dade County has provided Wi-Fi on trains for several years, but the system’s aging wireless equipment doesn’t offer consistent ­performance. Customers who connect while waiting at a station must log in again once their train pulls out of the station.

“If you’re staying still, you can get pretty good speeds, but you’re usually not staying still on a train,” she says. “That’s what we’re trying to improve.” The agency plans to roll out new Cisco routers to trains, as well as its buses, only a few of which already include Wi-Fi. The new system will be seamless. “We want to eliminate hurdles for using transit, and do things that make transit easier, more convenient and more attractive for riders,” says Alice Bravo, director of the Miami-Dade agency.

The Power of Public Transit Connectivity

A number of transit agencies take advantage of their Wi-Fi deployments to power back-end systems like passenger counting. Other uses include broadcasting messages to digital signage, improving the accuracy of bus-tracking systems, delivering alerts and messages to riders, and tapping into IP-enabled security cameras to give officials real-time access to footage in the case of emergencies or disturbances. 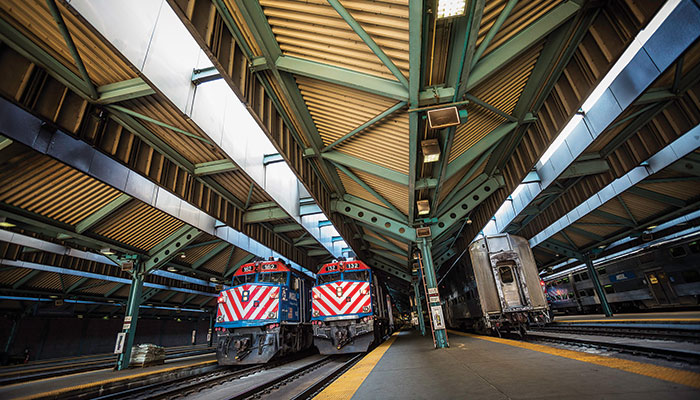 MVTA already uses its Wi-Fi solution for passenger counting and to access bus cameras. It’s also looking into other possibilities.

“We were trying to increase ridership by providing additional amenities, but we were also looking to provide connection points for other equipment on the bus,” Fant says.

Administrators in Miami hope to use their new Wi-Fi infrastructure to push out coupons and promotions to riders, and also to enable mobile fare payments, Perez says.

“We’ll be able to offer a better experience,” she says. “Our goal is to digitize the county. There’s a whole set of things you can do, and that’s the plan, to try to bring that experience to the customers.”

Transit agency administrators should think carefully about the goals of their infrastructure deployments before making investments, Gartner’s Menezes advises. “The more organizations can think about this strategically, as opposed to just meeting their immediate need, the more likely they’re going to be able to hit their desired outcomes.”