The future is nearly here for autonomous vehicles (AVs). It's difficult to say when this technology will fully arrive, but it will become mainstream in the coming years, with some estimates placing self-driving cars on the streets as soon as 2020.

While it may be longer than that before autonomous vehicles dominate the roadways, state and local governments must be prepared.

A 2018 report from KPMG predicts that AVs will have a massive impact on our society. "The implications are so far-reaching that policymakers need to start planning now for our AV future," the report states.

The chief benefit of AVs would be safety.

"The technology is going to make us safer, let's be clear. You're not going to have people in cars driving, texting and doing everything else," former Virginia Gov. Terry McAuliffe said last year at a workshop on autonomous vehicles hosted by the Secretary of Transportation. "Cars aren't stopping off and doing shots of whiskey."

Researchers estimate in the KPMG report that more than 90 percent of motor vehicle accidents occur because of human error. Ideally, removing the human error factor from the equation could save as many as 3 million lives a year. Autonomous vehicles also operate more efficiently, potentially reducing pollution as well as traffic. All these benefits could provide a boost to the U.S. economy of as much as $1.3 trillion per year, according to a study by Morgan Stanley.

For autonomous vehicles to deliver on this promise, they must have an infrastructure that supports their operation. This infrastructure includes a number of technological elements, as well as simpler physical factors.

A robust network is perhaps the most important element needed to support AVs. Wireless companies are beginning to roll out 5G mobile networks that deliver the high-speed, low-latency connections that will enable self-driving cars.

"The vehicles … will also take in large quantities of information from the network, including ultra-high resolution maps and near real-time information to help navigate and detect what's coming around the next corner or avoid upcoming traffic congestion," Intel said in a 2017 fact sheet.

While private-sector organizations will operate most of these 5G networks, state and local governments have a keen interest in seeing their development and proliferation. Obstacles to 5G development could complicate deployment of AVs and the benefits they bring. For example, Motherboard reported that travel by AVs between cities may be hampered by "vast dead zones where you can't even get a cell signal."

To prevent creating silos for driverless cars, local government leaders should ensure they have the connectivity infrastructures in place to support the types of vehicle-to-vehicle or other communications autonomous cars are sure to need everywhere.

Cities Should Get Out Ahead of Driverless Car Needs

Aside from 5G networks, self-driving cars will need plenty of other infrastructure pieces to work properly. For example, The Car Connection reported that Atlanta "may need 50,000 environmental sensors, 20,000 pedestrian and mobility sensors and 10,000 cameras" to support its plan to move ahead with AVs.

Other requirements are simpler. AVs need clear lane markings and signage in order to operate effectively. States and localities must ensure that their roads meet these needs. Failure could lead to problems. For example, a 2016 demonstration of a prototype AV at the Los Angeles Auto Show reportedly went awry when the vehicle behaved sporadically because of poor road markings that proved difficult for the car's sensors to read.

State and local governments that get out in front of these issues give themselves an advantage in the race to implement AVs. For example, Virginia has enacted legislation that allows AV developers to use more than 70 miles of state roadways to test and develop self-driving cars. However, Government Technology reported that only "four states have issued executive orders creating councils and working groups of stakeholders and public officials dedicated to looking at how their states should proceed" with autonomous vehicles.

Other states and localities may have time to catch up, but they can't wait long. The future will be here before you know it. 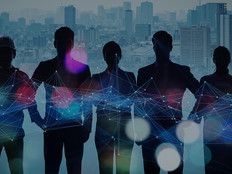