Over the past four years, San Francisco has been planning a fiber project to do just that, Farrell said.

“We fancy ourselves as the innovation capital of the world, yet we have communities in our city that are getting left further and further behind,” he said.

“Students sit in the rain outside the library to connect to free Wi-Fi,” Farrell said.

Barriers to spreading internet access to everyone have included high costs, a lack of choice, and no city control over the internet. To change those conditions, San Francisco must view internet access like a public utility like power and water.

The city plans to close a request for proposals by the end of 2019. A three-year build-out will begin in the first quarter of 2020, Farrell said.

Farrell said he won’t be in office to see the next steps. He was appointed by the San Francisco Board of Supervisors to a six-month term as mayor in January and will not seek to keep the office after his term expires in June. At the end of his term, San Francisco will elect a new mayor to fill the rest of the term of Mayor Ed Lee, who died in office on Dec. 12.

At the same time, San Francisco residents will vote on whether to move forward with the fiber project.

Farrell and other project proponents have pushed it through as quickly as possible, wary of government’s tendency to take a few years to discuss every step of a program. Fiber project champions have been aggressive to the point of irritating fellow municipal officials, he said.

“If you want to actually get things done, you need to push the envelope,” Farrell said.

The Smart Cities Connect Conference and Expo, produced by TechConnect, drew an estimated 2,500 attendees to the Kansas City Convention Center on March 26-29. The conference aims to connect technology and solution providers with city leaders in support of efforts to implement smart city technology in municipalities. 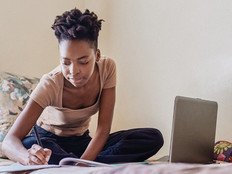