While many state and local governments move data center resources to the public cloud, others opt for hyperconverged infrastructure that delivers cloudlike benefits while keeping workloads on-premises.

According to “Destination Cloud,” a September 2016 report by MeriTalk, 48 percent of state and local governments integrate cloud into their IT strategy. However, in its January 2017 report “Building Trust in a Cloudy Sky,” McAfee announced that agencies are less likely than other organizations to think that the public cloud is secure from hackers.

Hyperconvergence has gained popularity in part because of its ability to mimic the scalability and consolidation benefits of the public cloud while keeping legacy applications and sensitive data in-house. HCI also delivers other benefits, such as improved performance, efficiency and reliability.

There are numerous state and local departments, large and small, that have successfully deployed HCI.

Moreover, when the Topeka and Shawnee County (Kan.) Public Library moved to a hyperconverged infrastructure via the Nutanix 3060-G5 solution, the library was able to free up physical space by reducing its server footprint by 36 devices. Moreover, it was able to standardize the computer experience for its 3,000 daily users.

A hyperconverged system was also key in transforming Louisiana’s Department of Health. When the state deployed 26 Dell-Nutanix hyperconverged systems in each of its two data centers, replacing legacy mainframe systems, it was able to create a more flexible, software-based environment that offered the state's health system cost savings and room to grow.

“The decision to move to Dell-Nutanix saved the state millions of dollars on this project and allowed us to procure additional technologies to bolster the state’s virtualization and cloud computing strategy,” Louisiana Chief Technology Officer Michael Allison tells StateTech.

To learn more about how data center upgrades can reduce downtime and make room for future IT demands, check out our feature “How Planning a Data Center Build-Out Optimizes Operations.” 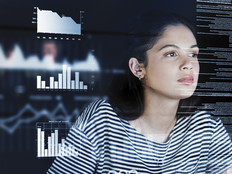