Do you ever wish there was a bit more breathing room in your IT department? When the Topeka and Shawnee County (Kan.) Public Library switched over to a hyperconverged infrastructure, that’s exactly what they got.

The Kansas public library, which serves more than 100,000 registered borrowers and an average of 3,000 people a day, doesn’t have any branches, and so it needs all the space it can muster.

The library moved to a hyperconverged infrastructure via the Nutanix 3060-G5 solution as a way to integrate storage, compute, virtualization, network and other technology, ultimately boosting data center performance with fewer resources.

The switch, which took only two and a half days to implement, not only eliminated bottlenecks in the system but also freed up a sizeable amount of physical space in the center’s six data closets — 36 servers’ worth of space to be exact.

How is that possible? The new infrastructure was able to streamline the library’s IT architecture.

Moreover, it souped up the library’s connectivity and boosted performance after introducing hyperconvergence on top of a previous network upgrade that inadvertently created a bottleneck between compute and storage.

“One of the pieces that preceded our Nutanix deployment was upgrading our network infrastructure,” says Mithen. “We have six different network closets throughout the building, and the connectivity at all those points was a tenth of what it is currently.”

Now, Joey Embers, a network and systems administrator for the library, is able to manage all virtual desktop infrastructure testing from a single box.

“Not to mention that we have plenty of room to expand,” says Embers, adding that he was able to go from managing several systems with various interfaces to one system.

And the library’s CEO, Gina Millsap, doesn’t plan to allow that room to grow to go to waste. As many of the hardware systems the library used to rely on have moved to the cloud and become “more software-based,” the library is able to introduce scalability and accessibility into its system, which can enable the library to embark on new projects.

“This library has always been innovative. What makes us successful is that we know the community very well. We know what the needs and aspirations of the community are,” says Millsap. “Without technology this library really couldn’t function.” 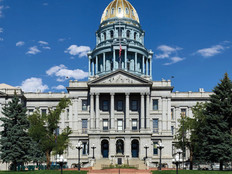