At the end of last year, San Francisco’s Office of the Treasurer and Tax Collector (SF TTX) came up against an unprecedented flood of people trying to pay their local property taxes. This was because the federal tax bill passed at the end of 2017 and changed the value of state and local tax (SALT) deductions each person can claim on their federal income taxes, capping the value at $10,000 starting in 2018.

“This caused a rush of taxpayers who wanted to pay as much local property tax as possible in 2017 before the SALT changes went into effect. We had an unprecedented flood of people begging us to take their money as fast as possible and several months before the April 10 deadline,” San Francisco Treasurer Jose Cisneros says.

While many other cities experienced long lines as people rushed to file their property taxes, SF TTX, which manages about $9 billion in taxpayer payments a year, didn’t. This is despite having to process $241 million in property tax payments in less than two weeks at the end of December, more than eight times the amount collected during the same period in 2016.

How? Luckily, the SF TTX had already been working for many years to improve the way that it collects property taxes online, explains San Francisco’s Chief Assistant Treasurer Tajel Shah.

By the time the new bill took effect, SF TTX had already transformed its front-end systems by redesigning the back of the property tax bill and online landing pages for taxpayers and consolidating four tax payment portals into a single system powered by Adobe Experience Manager Forms. Those were among the changes that sought to make the online taxpaying experience more efficient, Shah says.

The Road to a More Intuitive Self-Service Tax Portal

With an eye on making it easier and more intuitive for taxpayers to use SF TTX’s self-service website for online payments, the agency began working to scale out and upgrade its existing Adobe back-end infrastructure in April 2016.

“Not only were we trying to improve performance of the application, but we set out to create a more intuitive “shopping cart” experience so users could more accurately understand their tax information and pay for multiple property tax types in one convenient location,” explains Matt Kim, the Adobe project manager who worked with the SF TTX.

To create this more intuitive and informative website for users of the online platform, the SF TTX tapped Adobe’s Experience Manager Forms to integrate its four portals and create a more efficient back end that translates to a smoother front-end experience.

“When a taxpayer enters information into the payment portal, Adobe Experience Manager Forms feeds data to back-end systems that identify the taxpayer and connects any additional tax information to that individual or business,” Shah explains. “Adobe Experience Manager Forms then outputs payments and payer data into a customized PDF billing statement that is printed and mailed to taxpayers for an instant record of unpaid balances.”

By moving to a single platform, the city was able to provide taxpayers with more visibility into what they owe and, in turn, help them avoid unnecessary penalties.

“Taxpayers are able to enter an identifier to look up their payment information easily. As a result of the more comprehensive approach and friendly interface, errors and late payments were reduced,” says Kim. “Additionally, the AEM Forms application allowed taxpayers to be more confident using the internet to make payments, reducing not only overall payment processing but eliminating the need to physically wait in line.”

In addition to the integration of all portals, the SF TTX also made several other changes, including simplifying language on automated notices and including a payment failure email that alerts taxpayers to failed payments. Overall, Shah says that the office has seen several improvements, including a 10 percent increase in use for the self-service tax portal, improved communications about waivers and reprocessing, faster billing summaries and a dramatic reduction in the time it takes to create and send property tax bills.

An Eye Toward the Future of Taxpayer Needs

The San Francisco Office of the Treasurer and Tax Collector continues to look for efficiencies in its self-service tax portal and taxpayer-facing forms, so more upgrades could be coming. The system has form fragments and services that can be reused in the future for additional tax types, which can cut costs over time, and the ability to scale to meet future needs.

“With an expected additional 10 percent growth in use, along with new efficiencies gained by leveraging additional Adobe Experience Manager capabilities, the sky is the limit to what we can do,” says Shah. 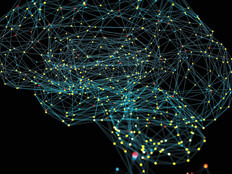 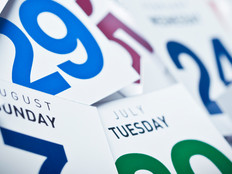