Delaware is getting back on the blockchain train but seems to be traveling at a slower speed.

Earlier this month, the state confirmed that it had awarded a $738,000 contract to IBM to develop and test a prototype blockchain system that could be used as a model for a much larger state blockchain initiative at some point in the future.

In 2016, Delaware launched the Delaware Blockchain Initiative, putting the state at the forefront of government efforts to take advantage of the distributed ledger technology. Working with a company called Symbiont, the state planned to move its public records for corporate franchising to blockchain. However, a new administration under Gov. John Carney and Deputy Secretary of State Kristopher Knight has been more cautious, wary of the potential disruptions (and associated costs) of switching to a blockchain-based system for corporate franchising.

With the new contract, Delaware is taking a more measured tack to the technology, working with IBM on what is essentially a prototype. The agreement indicates that Delaware is still interested in blockchain but wants to test the technology on a smaller scale, which could serve as a model for other states.

Why Delaware Wants to Use Blockchain

As IBM, a major backer of the technology, explains, blockchain is based around the idea of a “business network” and a “ledger,” which, when combined, make blockchain “a smart, tamper-resistant way to conduct trade, transactions and business processes.” IBM notes:

Network members exchange assets through a ledger that all members share access to. The ledger is synced across the network with all members needing to confirm a transaction of tangible or intangible assets before it is approved and stored on the blockchain. This shared view helps establish legitimacy and transparency, even when parties are not familiar with one another.

Delaware wants to make corporate franchise filings more secure and easier to amend without introducing human error, Delaware Online reports. All of that is key to the state maintaining an edge in corporate franchising and filing.

Corporate franchising accounts for about a quarter of Delaware’s revenue, the publication notes, and the state is the registered home to more than 1 million corporate entities, including 64 percent of Fortune 500 companies.

Knight tells Delaware Online that the new contract with IBM is similar to a scale model an architect would make of a skyscraper before construction. The prototyping IBM will do will allow Delaware to test how blockchain might benefit state-registered entities.

“It’s all dummy information and it’s just meant to show you that this is how we imagine these pieces working together,” Knight says. “We’re talking about something that’s so new and we don't want anyone who’s bidding on this information to get it confused.”

As Computerworld reports, the IBM work will be based on the Hyperledger Fabric blockchain framework.

The publication notes that the proof-of-concept system will allow corporations to “automatically track stocks and collateral assets in real time; being able to do so will give lenders and borrowers a more efficient and accurate record with which to transact business and meet state and federal regulations.”

“There are so many things that could potentially add value and we just want to dive into it a bit deeper and get a better understanding of how it would actually work in a real demo and then potentially take steps forward,” Knight tells Computerworld. 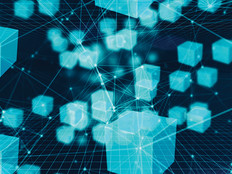 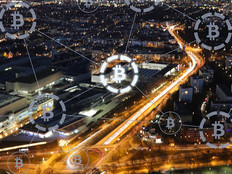 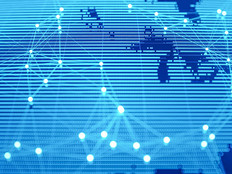