California's Department of General Services serves as business manager for the Golden State and has about 3,500 employees — which is equivalent to about a quarter of the entire state workforce in South Dakota.

The agency, which is responsible for everything from managing construction projects to procuring equipment and overseeing a statewide vehicle fleet, is huge unto itself and has decided it needs to be more agile in its IT.

California DGS inked a contract earlier this month with NetApp to modernize its data center and use hybrid cloud infrastructure solutions.

Enterprise Networking Solutions, a value-added reseller partner of NetApp, secured an exclusive three-year contract to provide a complete catalog of all NetApp enterprise technology to California, according to a press release. That includes data center equipment and associated data center hardware, such as servers, storage, converged and hyperconverged systems, and on-campus networking.

State and local government agencies are moving numerous applications to the cloud. At the same time, on-premises infrastructure is still needed for workloads that cannot be migrated to the public cloud.

Meghan Steele, senior director of state and local government and education at NetApp, tells StateTech that California DGS is gaining the ability to have Storage as a Service capability on-premises.

“If an agency or state wanted to procure additional storage for their own environments, this will give them one holistic way to move data back and forth from the state’s private cloud” to public cloud partners such as Google and Microsoft, she says.

MORE FROM STATETECH: Follow these steps to build a successful hybrid IT environment.

California Aims to Seamlessly Move Data to the Cloud

The solution can be managed through one operating system and a single pane of glass, Steele notes. This is especially helpful as many state agencies face the retirements of workers who will be taking with them institutional knowledge of data center operations.

“How do you start automating, bringing agility, ease of management into your environment?” Steele says. “For a lot of legacy applications and infrastructure, there’s one guy who knows how to manage it.”

Agencies have not yet found a way to replace that skill set, but hybrid cloud solutions can give them the ability to automate data center management and start moving toward that objective, she says.

The seamless movement of data will give California DGS more efficient operations and processes and will boost data security as it moves between on-premises environments and the public cloud, Steele argues.

Steele also noted state agencies are continuing to evolve their hybrid cloud strategies. There were some states that were early cloud adopters and aggressively moved into the public cloud. Now, other states are learning from those experiences.

“Everyone is getting a lot smarter on it as they get best practices from consumers and smart could adoption,” she says. 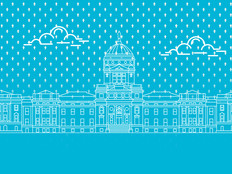