The city of Hartford, Conn., is moving ahead on a plan to deliver free, high-speed broadband connectivity to all residents within the next year.

In late July, Hartford announced the plan to install an extensive network of nearly 1,000 outdoor Wi-Fi access points in a phased rollout across the city, according to NBC Connecticut. The city is partnering with two nonprofits on the project: the Dalio Foundation and the Hartford Foundation for Public Giving.

Hartford says the service will provide a minimum of 4G LTE-standard download speed “throughout the city at all times and at no cost to residents.” The city expects that the majority of residents will be able to access even faster speeds. LTE downlink speeds typically range from 20 to 100 megabits per second.

As StateScoop reports, “According to BroadbandNow, 97.9% of Hartford has access to broadband service, but city officials said there are still many who can benefit from free access to the internet.”

“This project is about bridging the digital divide, fighting for educational equity, and expanding economic opportunity in every Hartford neighborhood,” Hartford Mayor Luke Bronin said in a statement. “Internet connectivity is not a luxury, it’s an essential part of learning, earning, and living today, and we believe that every Hartford resident and every Hartford business deserves a good quality internet connection.” 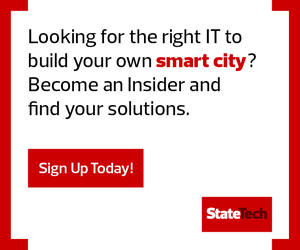 The access point deployment will occur in phases. The first phase will consist of two pilot programs, in the Northeast and Frog Hollow neighborhoods of Hartford. This phase is expected to be completed this year.

Later phases will extend Wi-Fi access throughout the North End, South End and West End of the city. Bronin tells NBC Connecticut that these phases are expected to be completed in the first six months of 2021.

The total capital investment for the project is about $3.8 million. The Dalio Foundation and the Hartford Foundation for Public Giving are each committing $1.5 million, and the city will fund the remainder. Hartford will also cover recurring costs of about $100,000 per year for the LTE connection, leveraging its existing contract for wireless services.

Bronin tells NBC Connecticut that the digital divide has made it difficult for some city business owners to use credit card machines, and it has forced some students to use Wi-Fi access at McDonald’s restaurants to do their homework.

City Council President Maly Rosado said in the announcement that access to the internet should be treated as “a basic necessity of life” that everyone can enjoy.

“Like so many other inequities, uneven access to internet in Connecticut often reflects deep racial segregation,” Rosado said in the statement. “Residents of Hartford have deserved quality internet for a long, long time, and we are thrilled that we are finally making progress on this critical priority.”

The project comes as the COVID-19 pandemic has thrown the digital divide in many communities into sharp relief. Increasingly, internet access is vital for both teleworking and remote learning.

“As municipalities issued shelter-in-place orders to slow the spread of COVID-19, numerous dimensions of daily life for residents moved online. Many employers shifted to teleworking, schools moved classes online, and cities relied on websites and livestreams to disseminate critical information about COVID-19,” according to a June report from the Urban Institute.

The report notes that many residents of U.S. cities often lack “the internet access, connected devices, and digital literacy to fully participate in online work, education, and civic life.”

In 221 large and medium-size U.S. cities, at least 30 percent of households still lacked a wireline broadband connection such as cable, fiber-optic or DSL in 2018, according to the Urban Institute. “In 92 cities, at least one in five households had no broadband internet of any type, including cellular data plans,” the report states.