When it comes to technology, the delivery of gear is but a blip in the lifecycle of a project.

“You have to plan for the unplanned,” says Sherry Burress, IT director of Pasadena, Texas.

When a Gulf coast–sized thunderstorm hits Pasadena, Texas, it may leave three, six, even 10 inches of standing water in its courthouse data center. But it was a different matter altogether this past fall when Hurricane Ike ripped the roof off of a city building.

In the midst of several major IT projects for its courts, police and emergency management teams, essential public services could have been severely impacted, says IT Director Sherry Burress. That didn’t happen, but it just goes to show that when it comes to managing systems from concept to dismantlement, you have to be ready for anything.

“Buying the equipment is just the tip of the iceberg,” says Kent Koehler, senior project manager in the Division of Information and Operations for Sedgwick County, Kan.

One of the reasons Pasadena chose ClearCube blade servers and desktop user ports was to create denser racks of systems in its courthouse server room and raise them three feet off the floor, clear of potential rising water. The city has replaced 50 desktop PCs, which creates a noticeable difference in heat and space in the small cubicles used by court workers, says Burress.

“Thorough homework when planning a big deployment has saved my bacon many times,” says Lance Martin, a consultant who as the former technology director for Sioux City, Neb., for nine years oversaw a broadband network deployment. “Lack of research has bit me hard once or twice.”

To avoid getting bit, IT needs to work with program managers to identify benchmarks that can be used to measure success — how a project will save money, time, resources or energy, or increase safety or productivity.

“When you have a project not go well on the IT end, it makes you realize that IT was not involved in the project early enough,” says Koehler.

And this pre-solicitation work is not something that can be done quickly; “you have to spend enough time up front on figuring out the functionality that’s needed and not overload the requirements,” says Vince Brown, director of global public sector research for Grant Thornton and a former financial official for the state of California.

There’s also the effect on existing services to consider, says Burress. For Pasadena, plotting the moves for all its systems requires many meetings about the interrelated projects. It is necessary and prudent to avoid any cascading problems or downtime, she says. At each step, IT meets with project managers and works closely with its vendors to address service and integration plans.

Ultimately, the loss of the city building to Hurricane Ike led Pasadena to upgrade an old police building it had intended to demolish, to replace the ruined building. This new project required a change in network schemes.

“You have to plan for the unplanned,” Burress says.

When an agency buys IT, it’s also acquiring a partner in its supplier and the manufacturer of the products it purchases. It’s crucial to examine the history of that provider, says Koehler.

Ask vendors what they’ve done and how they did it, he says. Then, ask other government organizations the same thing. Much of the work he has done in Sedgwick County has been for public safety, and “failure is not an option. If systems fail, the consequences can be very dire — that’s what makes it different from other systems.”

Koehler suggests getting users of all types involved. That way IT finds out how a system will really be used, and the users gain insights about what all the different stakeholders need. This has two benefits, he says: It creates consensus around the most important functions and needs, and it helps IT and the users brainstorm ways to improve processes.

Testing often gets shortchanged in state and local IT projects because it’s hard to convey its value to overseers, Brown explains. But in tight economic times, it’s even more important so that IT can avoid costly hiccups and revisions after a system goes live.

Reach out to the lowest common denominator among users. Power users might not be representative enough of the user population as a whole, Koehler warns. Plus, employees never use a system quite the way that IT envisions.

Make sure users understand what’s coming, Koehler says, and let them know how drastically a systems deployment will change their daily work life.

What’s more, adequate help is a must. “If you don’t have a good business partner, then you are not going to have success,” says Brown.

There’s a place for consultants and suppliers in the mix, he says, because rarely will an organization have the total skill set that it will need to manage a complex IT project from start to finish.

Brown advises organizations to evaluate staffing as part of the requirements process. Service agreements for configuration, planning, installation, training and maintenance need to detail exactly what skills must be imparted to the government team, he says.

In essence, once a system goes operational, maintaining it and gauging its value and performance ties right back to the work done in the initial days of the program.

If an organization does not gather some baseline data of what it was doing before it launched the new system, it will find it difficult to determine true ROI and to illustrate performance improvements, says Brown.

One final bit of advice can’t be repeated often enough: Don’t deviate from the up-front planning process for the latest technology. “There have been times when I have been talked into doing a project by my superiors ‘just because it sounds cool,’ ” Martin says. “It is difficult to gauge success if you don’t clearly understand the issue you are resolving or the capability you are gaining.”

What’s Next for Pasadena?

This spring, the Pasadena, Texas, IT team plans to deploy about 40 ClearCube blades at its new 85,000-square-foot Police Department headquarters and Emergency Operations center.

As part of its modernization effort, the city will also upgrade its network to ensure continuity of operations and to improve bandwidth management. The move to an 8-gigabit Brocade DSX backbone switch will let the city integrate blade storage and modulate bandwidth based on need and priority policies, says IT Director Sherry Burress.

The prospects for making more intense use of its blades represents the city’s first foray into virtualization. For now, the city has a mostly a one-to-one user-to-blade ratio. But the plan is to load on users and see what the blades can handle.

“We have a lot of positive things to look forward to,” Burress says. 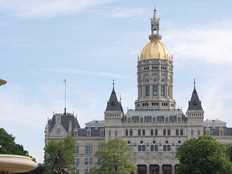