Lightning can strike in the same place twice — more often than that, actually. The Elk County Emergency Services office in Pennsylvania has the fried network gear to prove it.

For two decades, administrators and 911 dispatchers worked out of a ­converted ranch-style house atop a mountain with an adjacent radio tower. Lightning would strike the area a dozen times a year, occasionally damaging the IT infrastructure.

"We would take a lightning strike and the switches were fine," says Mike ­McAllister, emergency services director. "But later, they'd start failing, and we'd have to chase down the problem and quickly replace them."

Consistent network problems, such as poor performance and outages, may indicate that it's time to upgrade the network. The existing hardware may be failing or have reached its end of life, or an agency may have simply outgrown the existing infrastructure and need more bandwidth, says Darin Stahl, lead research analyst at Info-Tech Research Group. Several other factors can also necessitate a network refresh, including deploying new applications, phased migration and shared services. In many cases, it's not just a single warning sign, but multiple reasons driving the overhaul.

When lightning struck at Elk County, the building's grounding system protected the data center most of the time. But once in a while, the lightning was powerful enough to cause a surge that damaged servers and switches.

"When we get hit, it typically doesn't kill things right away. It puts stress on the equipment and puts them on a track to fail, which may take six months," says Ed Matts, technology director for North Central Pennsylvania Regional Planning and Development Commission, which provides IT services to Elk County and five other counties.

A month to half a year later, the equipment would go on the fritz. Employees would notice a slow network, sporadic outages and spotty access to applications, forcing Matts to pinpoint the cause and swap out the faulty equipment. Lightning strikes have cost the agency anywhere from one to five switches per strike, McAllister says.

Aging or end-of-life networking gear can force governments to refresh their equipment. When the original maintenance or warranty agreements expire, it may simply cost too much to extend the contracts, says Christopher Stathis, chief technology officer for the city of Santa Cruz, Calif.

"Networks are our workhorses. Unless they're breaking down, the main reason we'd replace them is cost," Stathis says. "If you have legacy equipment, it may not be worth it to buy the warranty because it's cheaper to upgrade."

For example, the Elk County ­Emergency Services office moved to new headquarters in February. It was a perfect time to purchase new servers and network hardware because most of the existing equipment was 4 to 8 years old and at the end of life, McAllister says. "I knew I did not want to move equipment that had been through a few lightning strikes," he says. "I wanted to replace all the ­electronics."

The agency also needed more bandwidth for its voice, video and data needs, including plans to back up 911 calls for neighboring counties, McAllister says.

The new servers, combined with an increase in LAN speeds from 100 megabits per second to 1 gigabit per second, have increased performance, resulting in faster access to applications and increased worker productivity, Matts says.

For example, the Emergency Services office provides regional training for police officers, firefighters and emergency medical services personnel. In the past, video traffic could slightly delay the dispatch center's connectivity to the computer-aided dispatch (CAD) server.

"Now, with the new network, I can show my training video without interfering with the CAD data," McAllister says. "We are not competing for the same bandwidth."

With the new equipment, Matts took advantage of features such as the ability to split the network into separate virtual LANs, called inter-VLAN routing. Now, he can segment the network to place traffic from IP phones, the WLAN and the computer-aided dispatch system on separate VLANs. The technology director also taps quality of service to prioritize traffic for crucial applications.

The equipment installation was straightforward, with no problems except for one faulty surveillance camera. The agency also installed a new grounding system and new cabling, which should protect the new facility's electronic equipment from future lightning strikes, McAllister adds.

New applications can require a network refresh. If agencies want to deploy VoIP, unified communications or some other bandwidth-intensive technology, they need a fast, reliable network with good quality of service. New network devices can provide the features, such as Power over Ethernet or the ability to prioritize traffic, that are necessary to successfully implement VoIP and other technologies, says Santa Cruz's Stathis. 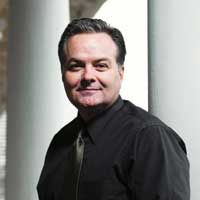 The county relies on outdated applications running on AS/400 servers, including enterprise resource planning software, a police records management system and a 911 computer-aided dispatch system. The software vendors are phasing out the applications, however, forcing the county to migrate to Windows-based software, says Technology Services ­Director Clark Rainer.

The two-year project calls for new servers and storage equipment, but the first step was to upgrade the LAN, which the county accomplished late last year. "We're moving to a more virtualized Windows platform, and we felt to make it more successful, we had to make the network robust," Rainer says.

He swapped out old Cisco equipment for two Cisco 7200 Series routers, one of which is used for backup purposes. He also replaced older Catalyst 3560 Series switches with newer Catalyst 2960 switches. In doing so, he upgraded from 1Gbps to 10Gbps at the core, and from 100Mbps to 1Gbps to the desktop.

Henry County last performed a full LAN upgrade about five years ago when it installed VoIP and a wireless network. This most recent network upgrade will support not only the new Windows applications, but also IP-based video surveillance and desktop virtualization in the future.

The move to Windows applications will allow the county to work more efficiently while cutting costs, Rainer says. "We will put these new applications into the hands of our departments, and we will get rid of a lot of redundancies."

Similarly, the city of Santa Cruz last summer upgraded its core network switch as part of a larger data center project. To implement server virtualization, the IT department purchased new servers and a storage area network. But it also needed a new core switch to ensure users have fast access to applications and data.

The city's core switch was at the end of life, the warranty was expiring and it was too slow for the city's needs. So the IT department upgraded the switch from 1Gbps to 10Gbps.

"We needed a beefier core switch to push the data," Stathis says. "When it comes to storage and virtual servers, the faster we can talk to them, the better."

Some organizations never stop upgrading their networks. Instead of waiting until the network gets old and then needing a costly major overhaul, their strategy is to take a phased approach, in which they upgrade a small portion of the network every year. It's a cost-effective way of keeping the network stable and up to date.

Westmoreland County, Pa., for example, has gradually upgraded most of its 81 wiring-closet switches since 2009 and will replace a few more this year, says CIO Philip Svesnik.

This past fall, it was the core network switch's turn for a refresh. The IT department upgraded its Gigabit Ethernet Cisco Catalyst 6509 core switch to support 10 Gigabit Ethernet. "It was 8 years old, so we knew we had to upgrade it finally," Svesnik says.

Sharing IT services can also spur investments in a new network. For example, Elk County's Emergency Services office and eight neighboring counties want to collaborate on a shared-services project, and they need a new wide area network to make it work.

Over the next year, the nine counties want to build a regional backup emergency operations center, so if disaster strikes and one county's 911 Center goes down, another county can answer its 911 calls and dispatch emergency personnel, Matts says. The counties will invest in new network equipment to build the WAN. They are also negotiating with fiber providers to build a fiber ring, he says.

Thanks to its recent IT infrastructure upgrade, Elk County has the equipment and bandwidth needed to support the project, McAllister says, with a network that's more reliable and faster than ever.

"We are a public-safety facility, and we have to be reliable and make sure that when the phone rings, our system is capable of handling all the calls and that we're getting emergency services to the people who need it. And we're accomplishing that."

1. Plan for future needs. When deciding how much bandwidth you need and what equipment to buy, don't assess for your current needs. Spec it out for five years from now. A good rule of thumb is to plan for a 50 percent increase in bandwidth usage and a 30 percent increase in the number of employees, says Ed Matts, technology director for the North Central Pennsylvania Regional Planning and Development Commission.

2. Pair a network upgrade with a larger technology project. It's often easier to prove return on investment and get a network upgrade funded if it's tied to a bigger project, says Zeus Kerravala, principal analyst of ZK Research. When IT administrators propose a private-cloud deployment, for example, they can argue that a network upgrade is critical for good cloud performance.