Implementing IT initiatives in the public sector takes far too long. Worse yet, many projects come in over budget, behind schedule and don't meet the needs of the original request. The causes include lack of executive sponsorship, poorly developed requirements and significant midflight scope changes.

In our fast-paced culture of raised expectations, stakeholders on both sides of the delivery equation — those building and those receiving the solution — are less willing to wait for long periods of time before reaping the benefits. We must speed things up and operate like a lean startup.

The lean development method has much to do with optimized processes for sure, but what makes it notably unique is that it is defined by belief. It's the belief that moving faster is important and valuable, even without radically overhauling incentives. It's the belief that moving faster and taking greater risks will result in a quality product — it won't start off perfect, but it will evolve into something better.

Test the approach by going live with an early version of a solution. Deliver the minimal set of features the desired system requires to be functional and place it in front of real users who can kick the tires. Have users supply frequent and detailed feedback, then use that feedback to modify the design until the solution becomes what everyone wants. Enact some rules to manage scope, and clarify the metrics used to determine when an iteration cycle is complete. With this approach, states and localities create a win-win. The project team embarks on development quickly, and users begin to attain the benefits sooner.

Operating as a lean startup doesn't require the solution to be complete or perfect in its initial release. It's a form of committed prototyping, which reduces requirements issues and identifies needs that can be missed early in the process.

We're using a lean approach for several IT projects in the city of Palo Alto, Calif., with gratifying results. We recently saved our website redesign from a protracted development and test cycle that was almost impossible to escape by going live with a viable, yet unfinished version to gather community feedback. As a result, the community helped to identify broken links and missing pages. In effect, we crowdsourced testing by engaging actual users in the process.

We also adopted a lean approach to deploying our open-data platform, moving from the first team meeting to go-live in less than six weeks. With the traditional model, it would have been at least an eight-month project. We're about to use the method on our civic engagement mobile application project. Instead of building to the perfect end state, with all the attendant risks, we're going to get a proto­type out to our community in just a few short months.

Introducing a new method to get things done in a more innovative and rapid format has inspired the IT team and stakeholders and improved morale. The public sector faces significant challenges that call for new approaches across the spectrum of services that government provides. We're living through an era of massive reinvention. A lean approach to IT projects won't be the only thing we do differently, but I'm betting it will be an asset to us in the months ahead. 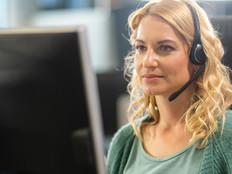