In 2006, Michigan's chief security officer Dan Lohrmann led a team that built a cybersecurity awareness training program for state employees. Looking back on it now, he admits, "It was a complete failure. It was death by PowerPoint."

Hoping to replace the training with something employees would complete not because they had to but because they wanted to, Lohrmann's team purchased an off-the-shelf web-based training program that uses games to engage users. "The feedback has been outstanding," Lohrmann says.

“It was a complete failure. It was death by PowerPoint."

"Gamification is a valuable technique in the workplace because it leverages what game designers and psychologists have learned about what motivates people — things like feedback and well-structured challenges," explains Kevin Werbach, associate professor of legal studies and business ethics at The Wharton School at the University of Pennsylvania and coauthor of For the Win: How Game Thinking Can Revolutionize Your Business.

The next time he was at an airport, he asked the shuttle driver if people lose notebooks on the bus, and the driver said it happens once or twice a day. "I can't walk into an airport and not think about it," says Lohrmann. "And that's the goal — to change behavior."

Salem Mayor Kim Driscoll has stacks of revitalization plans for the Point, a small neighborhood in the Massachusetts town that has long been considered the wrong side of the tracks. But all the plans lack one thing: input from residents. Due to language barriers and a concentration of recent immigrants, getting that input has been a challenge.

"We don't want to do this whole top-down approach to community planning," says Driscoll. "But we're dealing with a nontraditional population, so putting out our regular community survey wasn't going to work."

Number of employees who have completed the state of Michigan's new web-based cybersecurity training modules, compared with 5,000 who completed the old training

In January, the city launched a game called What's "The Point"?, part of a series called Community PlanIt, developed by Emerson College's Engagement Game Lab and used for environmental education policy and master planning. About a dozen municipalities have used the game, including Philadelphia and Detroit, according to Eric Gordon, director of the Engagement Lab at Emerson College.

In all Community PlanIt games, players answer questions, upload photos or videos and comment on others' posts to earn virtual coins, which they can pledge toward causes in their community. The three top causes win real money.

The game also helped broaden participation beyond just one meeting on one night in one language, says Holly St. Clair, director of data services for the region's Metropolitan Area Planning Council, which helped create the Community PlanIt games in Quincy and Salem. "Youth are a particular focus of this effort," she says.

"A process like this actually increases trust in the process and makes people feel more compelled to take action in the future," says Gordon.

Can Gamification Really Change a Community?

"We can pass all kinds of great legislation, but what we ultimately have to do is change both values and behavior," says Blume. "We have to go from a society of endless growth and consumption to a society of sustainability, and that's hard to do. But not if you make it fun."

"We have to go from a society of endless growth and consumption to a society of sustainability, and that's hard to do. But not if you make it fun."

The second round of Vermontivate! explored different sustainability themes each week, including food and energy. The game makers garnered content by collaborating with a wide range of organizations and nonprofits. Ross MacDonald, manager of the Vermont Agency of Transportation's Go! Vermont program, says the game not only generated ideas, but also exposed people to the state's one-click, one-call resource for efficient transportation.

More than 250 players from 30 towns earned points by completing challenges, such as planting gardens, holding a zero-waste vacation, or applying for a grant to bring an electric vehicle demonstration to their community. Players also earned points by posting ideas and feedback on the profiles of other players. After a heated battle with South Burlington and Calais, the town of Charlotte won the grand prize, a Ben & Jerry's ice cream party, and Charlotte Central School won a six-foot teddy bear from Vermont Teddy Bear.

It changed the way people think, says Blume. One player intended to get an electric vehicle and another team created a rideshare program. "The whole idea is everything counts," says Blume. "Everybody matters, every action matters."

There's a lot of buzz about gamification, but, warns Eric Gordon, director of the Engagement Game Lab at Emerson College, an agency can't just slap a game label onto an existing process without transforming it first. "If it's just a lure to get people to do something, then they will wise up," he says. Here are some strategies to build effective games. 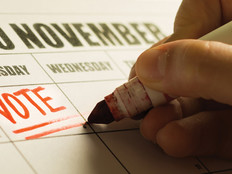