Since its creation, the First Responder Network Authority, tucked within the National Telecommunications and Information Administration, has been focused on hiring staff and building its leadership team, according to TJ Kennedy, FirstNet deputy general manager. The next step will be to reach out to states to share the FirstNet vision and help them develop state plans.

FirstNet will build the network core, and each state will have a radio access network (RAN) that connects to the national core. States can build their RANs or have FirstNet build them. "The next step is for FirstNet to meet individually with each of the 56 states and territories to determine their unique public safety challenges and needs for the public safety broadband network. Their input will help inform the network plan that FirstNet will propose for each state," says Kennedy. "The customized state plan will be developed in concert with each state working as a partner with FirstNet."

A critical step for the project is balancing the needs of local agencies with those of the federal mission, says Jacqueline Miller, deputy secretary for the New Mexico Department of IT. "Everyone has a diverse set of needs, and coming to agreement on a standard set of capabilities is the real challenge," she says.

"When you're building anything this large, there are always going to be challenges as to how you go about deploying, how you make design decisions," Miller adds. "But most of that is FirstNet's decision, and it's for the states and the local municipalities to make sure their voices are heard through many avenues."

Robert Cavazos, director of broadband services for Harris County, Texas, says his biggest concern is that those using the network get the chance to determine what it needs so that they can do their jobs properly. "It's a local fire chief or a local police chief who knows what his responsibilities are," he says.

Financing is another concern. "When the FirstNet network is rolled out, it's got to be competitive with what people are paying now," says Jim Bogner, Iowa statewide interoperability coordinator. "There's no extra money for the public-safety users to spend on this network." 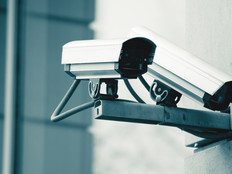