Many state and local government IT managers appreciate the flexibility and cost savings potential of Desktop as a Service and intend to deploy virtual desktop infrastructure in the cloud in the coming months and years.

Erik Larson, storage and virtualization architect for San Mateo County, Calif., would like to use DaaS, but first needs to get the county electronic medical records system running over the cloud and finish a Microsoft Office 365 rollout. “In some ways, it’s like putting the cart before the horse,” he says.

For the past four years, San Mateo County has run VMware’s Horizon View desktop virtualization in its medical center. Larson says doctors and nurses needed a more persistent desktop to retrieve patient information and do their work.

Eventually, Larson plans to place the virtualized desktops in the cloud. “We have a network upgrade project as well as a data center consolidation, so after that we might have time to focus on DaaS, but it’s definitely a direction we’re heading in,” he says.

“Agencies have legions of Windows-based applications that are not yet economically feasible to translate to native mobile/tablet graphical user interfaces or mobile applications,” Abbott explains. What’s more, the public cloud reduces the back-end infrastructure costs of delivering virtual desktops and offers operational efficiency.

Tualatin Valley Fire & Rescue, in the Portland, Ore., metropolitan area, decided to run Horizon View in its own private cloud.

The percentage of VDI users who will be deployed on Desktop as a Service by 2019, up from less than 5% today

SOURCE: Gartner, “Desktop as a Service Must Mature in Order to Move VDI Into the Cloud,” June 10, 2015

Blake Reed, senior systems administrator for the fire department, initially considered a DaaS model. “We looked at it and decided that over the long term it was at least 50 percent less expensive to purchase our own infrastructure as opposed to going with a cloud service,” he says.

“A virtual desktop is really a perfect service for us,” Reed explains. “At any given station there are often eight responders, but only four computers between all of them. With a virtual desktop, each responder can access his own desktop from any terminal.”

Reed adds that while he sees the potential of DaaS, it may take a while before the technology matures enough to offer the agency a compelling ROI.

John Abbott, founder and distinguished analyst for 451 Research, outlines three questions IT managers should address before moving forward with Desktop as a Service deployments. 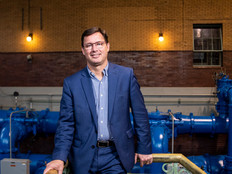 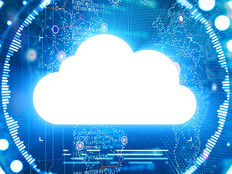