Over the past year, police departments and local governments across the country have decided to test and deploy body cameras for officers. Yet there is no clear consensus about whether embracing the technology is the right move — and Florida is a case in point.

Each police department and municipality has its own unique circumstances and challenges, and those affect the decision on whether to use body cameras. Recent examples out of Florida illustrate that even localities relatively close to one another can have sharp differences of opinion about using the cameras.

Police departments that have deployed body cameras or are contemplating doing so think the technology can improve transparency and increase trust in officers. For example, as StateTech reported, the Dallas Police Department drew up plans to distribute body cameras to 200 officers starting this month. The department plans to test what effect the technology has on residents’ trust in the police. Additionally, the Seattle Police Department has put body camera footage from 12 officers on YouTube in an effort to boost transparency.

Last year in Florida, as StateScoop reports, the Pasco County Sheriff’s Office gave hundreds of its deputies body cameras, and Lt. Gary Raulerson was uncertain how the deployment would play out. However, a year later, the verdict is in and the cameras have helped boost accountability.

“We’re at a point where folks don’t want to be without a camera,” Raulerson said on a webinar hosted by the International Public Safety Association on Wednesday, according to StateScoop. “If they can’t come to work with it, they’re wanting to get whatever the problem is resolved.”

The Sheriff’s Office, led by Sheriff Chris Nocco, started exploring body-worn camera technology in early 2014. The office decided it needed an official policy and deployment after deputies started purchasing their own small cameras.

“They saw the need to have protection from complaints and to capture evidence,” Raulerson said. “But they were getting way outside of potential policies that would protect them or set how this evidence would be used.”

The sheriff’s office eventually prohibited the personal cameras and purchased 400 body cameras for the entire office from Taser International, StateScoop reports. Raulerson said he and other leaders in the office then crafted policy guidelines for using the technology. A three-week training period helped the department refine its policies, and the deployment started in early February 2015. The body cameras are worn by every deputy in the patrol, traffic and DUI enforcement units, the article notes, adding that “even specialized units — like SWAT teams, canine handlers and some investigative teams — started using the technology.”

Deputies who use the body cameras need to record “every call for service they respond to, every interaction they have with a citizen and any other situation they deem necessary,” according to StateScoop.

Raulerson noted that the videos can be accessed through public records requests or by the public defender’s office, and they have helped improve transparency. “We’re able to improve accountability for not only agency members, but citizens as well, and hold them accountable for false complaints,” Raulerson said, according to StateScoop.

Despite the positive experience in Pasco County, 280 miles to the southeast, the Ft. Lauderdale Police Department has postponed using body cameras because of privacy concerns, according to a Sun-Sentinel report.

Other municipal police forces in Florida have deployed body cameras, including the Broward Sheriff's Office and Hallandale Beach Police Department. Yet Ft. Lauderdale officials disagree about whether to move forward, with some, like Mayor Jack Seiler, more hesitant than others, according to the Sun-Sentinel.

"I don't believe there's any legal impediment to implementing this program, if that's what you want to do," City Attorney Cynthia Everett told commissioners, according to the Sun-Sentinel. "We're going to have policies and procedures and training."

A key issue is that the body cameras could unintentionally record people who are not involved in an arrest or police interaction because the cameras capture video until officers turn them off.

Jack Lokeinsky, president of the Ft. Lauderdale Fraternal Order of Police, said union contracts will need to be revised to protect officers from lawsuits arising from the use of body cameras. "I can't let them wear a camera until it's in there," Lokeinsky told the Sun-Sentinel. 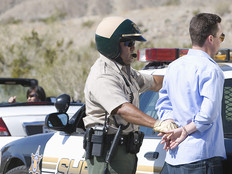 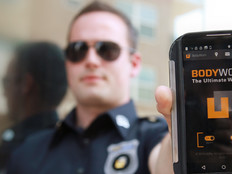 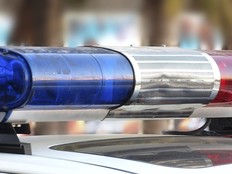