On April 12, Microsoft will end support for the 2005 version of the venerable database server, which means no more upgrades or security patches. IT directors who haven’t already upgraded face the possibility of a costly migration from the decade-old technology.

Remaining on the unsupported database platform carries too great of a security risk for state and local government. What’s more, agencies that deal with health records or collect credit card payments will no longer be compliant with HIPAA or PCI DSS regulations because they require up-to-date patches.

Microsoft recommends that organizations upgrade to the latest version of the software, SQL Server 2014, or migrate to its cloud-based Azure SQL database. (SQL Server 2016 is now in beta testing, but IT departments running SQL Server 2005 should not wait for the release.)

A Forrester study commissioned by Microsoft reports that new migrations may cost as much as $4 million, but those expenses can be recouped within a year. Overall costs are reduced because of improved security and fewer patching requirements, in addition to less need for hardware and software upgrades.

IT managers have several upgrade choices: They can update existing servers to SQL Server 2014; deploy on virtual machines in-house; or migrate to the Azure SQL Database, which is a Platform as a Service solution. They may also opt to use a combination of these methods to create a hybrid cloud environment.

Technology has changed immensely since SQL Server 2005 debuted in October of that year, and today many states and localities have adopted a cloud-first approach. The 2015 State CIO Survey from NASCIO found that 83 percent of respondents have some applications in the cloud and are considering others, and 4 percent are already highly invested in cloud services.

In addition, 54 percent of Fortune 500 companies already use Microsoft’s cloud-based Azure SQL Database, so it stands to reason that the public sector will ultimately get on board.

There are several advantages to going the cloud route. Governments that upgrade to Azure won’t need to invest in the implementation, integration and ongoing maintenance fees associated with upgrading to a traditional software application.

For on-premises upgrades, migrating to a new server (rather than upgrading in place) is recommended. This would enable an organization to take advantage of hardware advances and would provide a clean canvas. Also, consider deploying a virtualized instance of SQL Server. When following best practices, the hypervisor consumes less than 1 percent of the server’s resources, according to Microsoft.

Organizations that have delayed upgrades because of concerns about application compatibility can find several resources to help. For instance, the SQL Server Upgrade Advisor can uncover compatibility issues. SQL Server 2014 can run older versions of the database, which can help bridge legacy applications. And solutions partners also offer planning and design engagements to help organizations determine the best approach for upgrades, migration and consolidation.

Whatever upgrade path you ultimately choose, SQL Server 2014 will soon feel like a new and trusted friend. 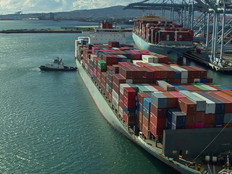