State and local governments are custodians of a great deal of personal and sensitive information, including Social Security numbers, professional licenses and health information. Making sure that the data is backed up and can be restored is a critical task for government agencies.

That makes World Backup Day, on Thursday, a helpful reminder about data for agencies. This event, first held in 2011, is aimed at getting agencies, businesses and individuals to back up their files, as well as highlighting common ways data can be lost and options to back it up.

State governments are clearly worried about attacks on their databases, agencies and IT systems. Those worries all make data backups crucial.

According to a report released last month by California Attorney General Kamala Harris, more than 49 million Californians have had their records hacked in the past four years.

StateScoop notes that those numbers have jumped “exponentially,” according to the report, from 4.3 million in 2014 to more than 24 million in 2015.

StateScoop reports: “Retailers[ and] financial and healthcare companies were the most frequently affected, with Social Security numbers, health records and credit card information most at risk, according to the report.”

Meanwhile, in Minnesota, MinnPost notes that the state government is worried that malicious actors are trying to hack residents’ personal data and other information held by state agencies.

“The threat landscape has changed tremendously,” Chris Buse, the chief information security officer with MN.IT, the state’s IT office, told MinnPost. “We are now in a world where we are barraged with advanced and persistent threats. Now we are seeing a lot more attacks on the state of Minnesota specifically.” Minnesota Gov. Mark Dayton has proposed taking $46 million from the state’s budget surplus and spending those funds on enhancing cybersecurity at state agencies. MinnPost reports that the funds “will go toward updating old systems, adding new security features and solidifying response plans in the case of a data breach.”

World Backup Day founder Ismail Jadun told StateTech that all government agencies — at the federal, state and local levels — should definitely make sure they have “comprehensive data integrity as part of their core mission” because potentially millions of people rely on the agencies to protect their data.

“Maintaining comprehensive data integrity should not just be placed on government employees, but also an integral focus in the executive offices,” he says.

Jadun says that government systems should be designed so that data is stored and backed up in a central cloud server, or if that’s not possible, then at least on local systems that are being backed up to a central, secure location. That will ensure that “hardware failure, theft and even an employee's death [don't] lead to data loss and disrupt services for their constituents.” 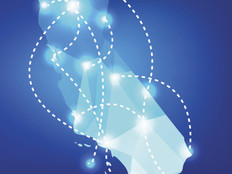 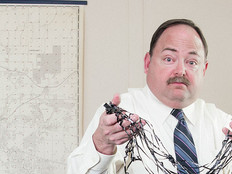 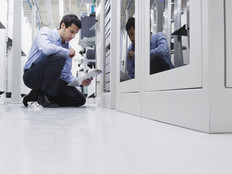