The rumors of magnetic tape’s demise have been greatly exaggerated.

Tape is one of the oldest forms of storage still in use today, and the seventh generation of Linear Tape Open (LTO 7) paves the way for upcoming revisions in the technology, giving tape storage a bright future in cloud backup and data center deployments.

HP, IBM and Quantum jointly developed the LTO Ultrium format in 2000 as an open standard for magnetic tape storage. At that time, tape capacities topped out at 100 gigabytes, but LTO 7 increases the density of magnetic storage to as much as 15 terabytes per cartridge, double the size of the previous generation. In addition, large files can now reach data transfer rates of up to 750 megabytes per second (roughly 2.7TB of data per hour).

The Benefits of LTO 7

These improvements to the LTO specification are made possible by several different technological advancements, including new formulation methods for stronger magnetic properties. Doubling the read and write heads in an advanced servo format also increases track density.

“With the release of LTO generation 7, we are again changing the economics of long-term data retention and archiving,” said Chris Powers, vice president of data center development for HP Storage. “High-performance streaming and the demonstrated data integrity of LTO technology reinforces the proof point that tape remains a very attractive match for long-term storage requirements.”

LTO 7 maintains the same low total cost of ownership (TCO) as its predecessors, giving the magnetic tape technology renewed vitality with every generation as an affordable, large-capacity storage solution for cloud and backup data or for data centers.

“LTO 7 further solidifies the modern use case for tape in storage environments,” said Jason Buffington, senior analyst of data protection at Enterprise Strategy Group. “This new generation of tape technology will offer a high level of capacity at a low cost, and with linear tape file system capabilities, should be considered as a part of any tiered storage management plan.”

An extended roadmap from HP, IBM and Quantum shows the projected performance goals for the next three generations of LTO. Each iteration roughly doubles the capacity of the previous generation, with LTO 8 set to hit a maximum density of 32TB, LTO 9 estimated to reach 62.5TB and LTO 10 teasing a 120TB ceiling.

“LTO format tapes continue to offer the best long-term TCO for high-capacity storage applications,” says industry veteran Paul Alcorn, a tech analyst and storage expert at Tom’s IT Pro. “LTO 7 offers increased performance and density, and the extended developmental roadmaps indicate that tape will remain relevant to LTO 10 and beyond.” 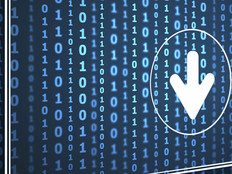