Spot a raging fire or a carjacking, and you can snap a photo or shoot a quick video on your smartphone and instantly send it off to anyone in the world.

Well, almost anyone. In most locales, there’s still one very important person who can’t receive videos, photos or even text messages that document ongoing emergencies: the 911 operator.

“911 has been around for a little over 40 years,” says Brian Fontes, CEO of the National Emergency Number Association (NENA). “Forty years ago, we didn’t have data, we didn’t have text, we didn’t have video or anything else. Today, most wireless consumers have smartphones in their hands that are capable of doing amazing things, but our 911 centers are really tethered to last-century technology.”

While NENA has published standards for IP-based 911 systems (known as “next-generation 911” or “NG9-1-1”), only a handful of state and local emergency call centers have implemented those standards. Between 70 and 80 percent of 911 calls come from wireless devices, Fontes notes, and three quarters of those devices are smartphones capable of transmitting far more information than the rotary and touch-tone phones of the ’80s and ’90s. Until 911 centers update their systems, they’ll miss out on that data, which Fontes says is “unfortunate.”

Ability to Text During Emergencies Is Critical for Deaf People

Text messaging is particularly important for the deaf community, Fontes says. In the past, many deaf people relied on teletypewriter (TTY) technology to communicate – both with emergency responders and with friends and family – but that technology has largely been replaced by text messaging and video calls. There are ways to use existing TTY equipment to receive text messages, but these methods are typically slower than IP-based text messaging.

Texting is also an important option for domestic abuse victims who may want to request police help without tipping off the perpetrator, Fontes says. And, of course, there would be obvious benefits to giving police, fire and emergency medical personnel the opportunity to view videos and photos of an unfolding situation while en route to the scene.

States Forge Ahead with Next-Gen 911

Some states, including Maine, Vermont and Tennessee, have led the way on NG9-1-1, while others are making preparations to modernize their systems. In Indiana, Fontes says, 911 operators are doing “reverse texting” — sending out confirmation text messages when they suspect someone has called 911 by accident. That practice alone has saved the state around $11 million.

Maine switched to NG9-1-1 in 2014, spending $32 million on a contract for leased equipment and maintenance services that will run through 2020. So far, the system is still accepting text messages through the TTY system, and cannot receive pictures or videos at all. But the state is working with wireless carriers to facilitate IP delivery of text messages, and the new system is able to switch calls from one public-safety answering point (PSAP) to another more quickly than the old system.

"Today, most wireless consumers have smartphones in their hands that are capable of doing amazing things, but our 911 centers are really tethered to last-century technology."

“What [the upgrade] did more than anything was, it built the framework to be prepared for what’s coming next,” says Maria Jacques, director of the state’s Emergency Services Communication Bureau. “We don’t want to be caught behind and not be able to serve the communities’ needs. It’s kind of like building the highways so the cars can move. The old system had reached its capacity.”

So far, Jacques says, few people are seeking help via text messaging. Last year, texts accounted for only 720 of more than 500,000 total 911 contacts in Maine. But Jacques notes that the text-through-TTY system is “slow and cumbersome,” and the state is only promoting the feature to the deaf community until it moves to an IP-based messaging system.

The new 911 system is actually saving the state money, Jacques says. Previously, data was stored in each of Maine’s 26 PSAPs, but the new system relies on just two data centers, increasing efficiency.

It’s not just texts and pictures that agencies have trouble processing. Across the country, emergency call centers often struggle to pinpoint the precise location of callers who seek help via their wireless devices. A 2015 Gannett report showed that the chances of 911 operators being able to instantly identify a caller’s location ranged between 10 percent and 95 percent, depending on jurisdiction. That massive disparity is what enhanced 911 technology hopes to eliminate.

In June, NENA issued a bulletin to PSAPs outlining short-term actions they could take to improve the effectiveness of processing wireless 911 calls. The bulletin urged agencies to retrain all personnel regarding appropriate procedures for handling “out-of-jurisdiction” calls, to review and update the cellphone tower routing maps in their regions, and to ensure that their mapping capabilities extend past their agency borders.

“No matter what future solutions may bring,” the guidelines state, “it is imperative that anyone be able to access the 9-1-1 system from any device at anytime, anywhere.” 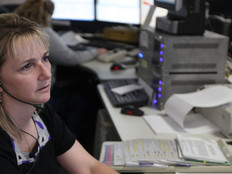 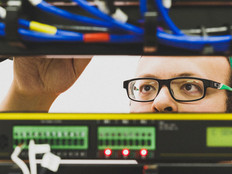 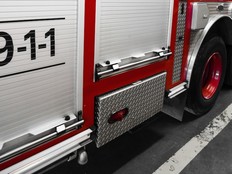