Technology not only simplifies the jobs performed by elections officials, but also makes it easier and more convenient for voters to cast their ballots.

For example, in Navajo County, Ariz., if a voter is delayed reaching his or her home polling place on Election Day, technology offers a solution. Thanks to the new election system there, citizens can vote at any polling place in the county, even right around the corner from their office during lunch hour. Voters can prepare ballots online beforehand or by texting “VOTE” to a designated number to receive a ballot QR code. They can access the code on a phone or print it out and bring it to any polling place in the county, scan it to retrieve their ballot, review it and make changes if necessary.

“It gives voters more convenience to cast their vote,” says County Recorder Laura Sanchez. “We’ve heard so much about how difficult the voting process can be. My goal is to get a higher voter turnout for each election.”

In Minnesota, if absentee ballots are received in the mail by Election Day, they must be counted. In the past, election officials would need to call the polling places or send out lists of absentee ballots to ensure those citizens didn’t also vote at the polls.

That job grew in 2014, when legislation took effect permitting no-excuse absentee voting, which means voters no longer need an excuse (such as travel, illness or religious observance) to request an absentee ballot. “So now we’re looking at having a historic number of absentee ballots,” says Elections Manager Ginny Gelms. “This is absolutely, 100 percent something we needed to do.”

The new system uses central management software to send absentee ballot data electronically to the polling places in case people also show up to vote in person. Conversely, it notifies the Elections Office to reject absentee ballots of any people who vote at the polls. “The whole thing is automatic, so it doesn’t require anybody in the polling place to do a thing,” says Gelms. “That process, which took hours and hours to do on Election Day, we can now do instantaneously.”

To learn more about how states and localities are using election technology in unique and innovative ways, read our feature story "How Technology Is Shaping Voter Registration and the Election Process." 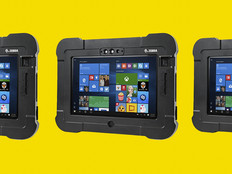