Like any major metropolis, Chicago has its share of challenges, including traffic congestion, air pollution, flooding and, more recently, the emerging consequences of global climate change.

With help from the Urban Center for Computation and Data, University of Chicago and Argonne National Laboratory, Chicago is attacking these challenges with its “Array of Things” initiative and data analytics.

The city will deploy hundreds of sensors on streetlight poles across the downtown area and in residential neighborhoods to monitor temperature, humidity, wind, noise, air quality and traffic from cars, pedestrians and bicycles. This mass of sensor data will then be transmitted over the cellular network to Argonne’s large central database.

The capacity to improve public services by collecting such data and applying related analytics is within reach for more cities and states as the Internet of Things (IoT) expands. From smart parking to automated detection of water leaks, governments now have access to real-time data that supports effective and efficient decision-making, which translates to concrete benefits for citizens.

In Chicago, “analysis of downtown sensor data will help the local business alliance understand traffic patterns on a 24-by-7 and 365-day-per-year basis, so businesses can best schedule their hours to meet demand,” says Rob Mitchum, communications manager for the Urban Center for Computation and Data. “The city will use the data to fine-tune traffic signals and relieve congestion and air quality downtown. Some formerly industrial and increasingly residential neighborhoods will get granular information on the effects of weather on the movement of air pollution from industrial plants and local highways on different days.”

In addition, Argonne will use the data to study climate change in an urban environment with lakes and highways, and the University of Chicago plans a neighborhood study of the correlation between air quality and cardiovascular health.

Much of this data will be posted on Chicago’s public data portal, along with application programming interfaces (APIs) that let members of the local hacking community create their own apps and analyses. Sharing data with other global metropolises will provide an even broader view of urban global climate change. The project has not yet gotten off the ground, but received $300,000 in additional funding grants earlier this month.

The IoT Continues to Grow

The personal computer has conquered the tablet and the smartphone, and now its processing and internet power is quickly moving into “things” — objects from cars to refrigerators, health monitoring devices to fitness-tracking wearables. There’s no question that excitement around IoT — also known as the Industrial Internet or the Internet of Everything — is heating up. Local and state governments and utilities can take a lead in harnessing this new technology frontier to cut costs, improve efficiency and transform interactions with the public.

Cities already deploy lots of “things” in the form of cameras for surveillance, police activity, traffic, and sensors that measure air and water quality, among other uses. Add Internet connectivity, Big Data analytics, open public data portals and third-party applications, and the IoT’s potential to generate breakthrough insights and service improvements is immense.

“IoT could have a major impact on every public-sector vertical, from transportation to public safety, case management and countless other functions,” says Dan Kent, U.S. public sector chief technology officer for Cisco Systems.

Early IoT initiatives in state and local governments and utilities are so varied and vast in scope that it can seem impossible to categorize them into discrete umbrellas, but they fall into three general categories, according to Ruthbea Yesner-Clarke, research director of the global Smart City Strategies program at IDC:

Water pressure and flow sensor monitoring in water pipes can help water authorities use resources effectively and detect leaks early. Street lighting sensors are harnessed to fine-tune and adjust street lighting to external conditions and to pedestrian traffic, automatically and in real time.

“Transportation is where much of the IoT effort is focused at the state level,” says Kent. “Highway messaging, traffic management systems and various sensors create intelligent highways, where they can monitor traffic in real time and understand local environmental conditions such as air quality, temperature and snow depth. Most states have either already deployed traffic management systems or have plans to do so.”

People and communities, which include public safety applications such as body cameras and other cameras in policing. “Every police car has three or four IoT applications,” says Clarke, “such as license plate and fingerprint readers.” Urban video surveillance systems with data analysis are another major IoT category.

Wearables are an up-and-coming segment in this category. “In the future, police and fire departments may start measuring officers’ heart rate, respiratory rate, heat levels and other physiology variables in response to challenges on the job, even sensoring the holster to determine if the gun has been drawn,” says Clarke.

Kent, the Cisco CTO, noted that transportation vehicles of all types will use this IoT technology to aid commuters. “Fleet management systems connecting location-based technology in buses, trains and even snowplows partnered with consumer apps are providing the public with real-time information on vehicle locations and wait times,” he says.

Many cities, including San Mateo, Calif., have deployed public Wi-Fi, which also supports applications such as smart parking. “In 2013, San Mateo began a pilot project with Streetline, a local smart parking technology firm, to test the use of sensors in select on-street parking spaces as a way to track occupancy and duration in real time and report the information through cloud-based analytical tools,” says San Mateo Assistant City Manager Matt Bronson. Cisco provided the initial routers and gateways to transport the data over Wi-Fi and fiber to the cloud service providing the analytics and mobile app solution.

“We have used the real-time information to make better decisions about parking policies, rates and time limits, making more efficient use of our parking system in different areas of downtown,” says Bronson. “This information is also provided to customers through the Parker mobile device app, with hands-free voice navigation guidance to help customers find available parking spaces.”

The original pilot used sensors in 135 spaces on four blocks downtown, with a sensor in each and every space. To save money and expand coverage, an extensive pilot for approximately 1,200 on-street spaces across 50 blocks will combine one sensor per block with still cameras, pay station data and the parking app, producing the same occupancy information per block that previously one sensor per space produced. “This is aimed at providing accurate parking information across a wider area at a much-reduced cost,” says Bronson.

Administration and planning includes inspection, permits and regulation use cases that deploy connected sensors, house meters and similar devices, often in place of human inspectors with notebooks, tablets and smartphones.

“Engineers typically go out to test the structural integrity of bridges and tunnels every few years,” says Clarke. “With the right sensors and IoT, you could potentially get more continuous and granular information that could improve the prioritization of infrastructure repair and rebuilding. Even drones are used increasingly to access small or potentially dangerous areas that humans sometimes cannot get to easily.”

Using Analytics to Make an Impact

Much of the benefit and excitement of IoT revolves around data and analysis. “With IoT, cities and states get much more granular information and new information they never had before,” says Clarke. “They get a much better understanding of urban systems and their interactions with surroundings and, in the case of police, how officers react to different situations.”

Early gunshot-detection results have had a significant impact on community policing. “It was always assumed that gunshots were reported around 80 to 90 percent of the time,” says Clarke. “Now it’s clear the rate of calling 911 is around 20 to 30 percent. With that new information, communities are completely restructuring their scheduling and routing of police patrols.”

The Future of IoT

In most cases, state and local governments’ architecture of IoT use involves digital sensors, which have become cheaper over time, along with preliminary processing to interpret local traffic images or other information and a network to transmit data. Today, networks can consist of the 4G LTE cellular networks, local Wi-Fi or proprietary low-powered wireless, all connected in many cases to a fiber backbone. Even public social networks can play a part in collecting traffic and similar types of information.

Data storage is often best deployed in a cloud-centric infrastructure that can store many types of data extracted from varied systems through APIs or other loose integration, according to Clarke. Big Data analytics systems can bring disparate types of data stored in the cloud together for powerful new insights.

The impact of IoT will be considerable but gradual, Clarke predicts. “We’re headed for big changes and transformation, thanks to IoT, but they will happen via a small, steady march. Five or 10 years will yield big, noticeable differences in the way government functions.” 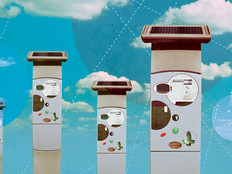 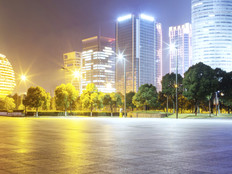 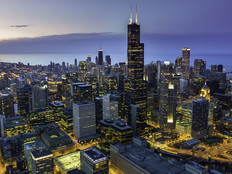