A new bill, delivered to Congress on March 10, is looking to help state and local governments more effectively respond to cyberattacks.

If passed, the National Cybersecurity Preparedness Consortium Act would provide states and local governments with resources from the Department of Homeland Security, universities and nonprofits to more effectively tackle cyberthreats. The bill would provide cross-sector cybersecurity training to state and local government officials, help communities develop information-sharing programs, and assist governments in developing risk and incident response plans, among other strategies that could boost infrastructure and best practices.

“The ever-increasing cyberthreat, whether from state actors or rogue entities, requires continued vigilance to safeguard federal, state, and local infrastructure,” Sen. Ted Cruz (R-Texas), who worked with other senators to write the bill, said in a statement. “This bill will help ensure that state and local communities are able to receive training and preparation to strengthen their capabilities.”

States Take Action to Invest in Secure IT

But states are already forming their own bills that aim to boost digital infrastructure and keep them above the rising tide of cyberthreats.

Minnesota is calling for a $125 million investment to upgrade to its IT infrastructure, including networking gear and servers. Moreover, in late February, Texas State Rep. Giovanni Capriglione put forward two bills that aim to boost the state’s defenses against digital threats to government systems, an estimated 5 billion of which occur each month.

The first bill, the Texas Cybersecurity Act, or HB 8, calls for “an audit of Texas systems, training on how to respond to risks and attacks, a review of state digital data storage, and a state response plan that can be used in the event of a cyberattack to be created no later than Sept. 1, 2018,” Government Technology reports.

It also looks to conduct a detailed report on cyberattacks against state agencies and investigate vulnerabilities in election infrastructure.

“Concerns about election tampering spiked during and after the presidential election, pulling the issue from relative obscurity directly to the attention of lawmakers,” Brandon Rottinghaus, a political science professor at the University of Houston, told GovTech. “This kind of emergency helps to get attention to otherwise obscure legislation and get it passed.”

The second bill, the Cybercrime Act, looks to tackle cybercriminals by making it a third-degree felony for a person to intentionally interrupt or suspend access to a computer system or network, according to GovTech.

Moreover, in California, a new bill looks to create the California Cybersecurity Integration Center, which would head up the creation of a security strategy for the state. The center would “reduce the likelihood and severity of cyber incidents that could damage California’s economy, its critical infrastructure, or public and private sector computer networks in our state.”

Georgia, which is looking to stay even further ahead, recently passed legislation to build a cyber innovation center that aims to keep the state’s workforce up to par on new cyberthreats.

“Our job, essentially, is to find cost-effective ways to better secure citizens’ data and protect their privacy. All of us across state government have that responsibility,” Georgia CIO Calvin Rhodes tells StateTech. 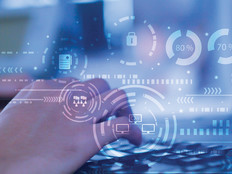