A new crop of state CIOs have taken over state IT leadership roles in recent years. Last year, 15 new state CIOs were installed. This new generation of state technology leaders brings fresh, new perspectives and deploys new technology and strategies that will shape state government IT for years to come.

They also discuss workforce challenges, cultural changes and plans to better meet the expectations of an increasingly tech-savvy citizenry and workforce.

STATETECH: When you became CIO, what situation did you inherit? What did you want to change or improve?

REED: Our team is called Arizona Strategic Enterprise Technology, and it felt like the enterprise focus was missing. In the past, when individual agencies asked, “Can you do this?” we did it, but it was not necessarily sustainable or in the state’s best interest.

So we made the decision, after I arrived, that whatever new platform, software or service we stood up, we weren’t going to do it if it could not be the software or service for the entire state. So we’re making better decisions and setting our sights higher. We’re now doing enterprise cybersecurity, enterprise email and establishing a new state data center, where all the state’s servers will move into.

RAHMING: I want to work with every agency and pursue effective and efficient technology projects. Nevada was hit hard by the economic downturn, and we’re slowly coming out of it. We are now trying to refresh the systems that we couldn’t refresh because of the economy. That includes bringing single sign-on to fruition and updating email, allowing for easily available productivity suites.

NEELY: In Indiana, my predecessor put in a good foundation to address cybersecurity, and it’s something I’m continuing to drive. I also wanted to reintroduce IT service management and improve customer service beyond help desk calls and support.

We brought back our IT liaison program, where each agency has a single contact and regular touchpoints. We ramped up our services to ensure they are set up for success. We are giving them templates, including a suggested project team makeup for inclusion in oversight and project assurance. The goal is to ensure agency business is not waiting for IT and that IT is a true enabler, giving the agencies the tools to better deliver businesses and services.

WEINSTEIN: One of my priorities was to bolster our infrastructure capabilities with an emphasis on building a private cloud environment and modernizing applications. We have a lot of legacy mainframe applications that are costly to maintain and don’t provide an optimal user experience. We are also laser focused on cybersecurity.

TONG: My highest priority was to create greater strategic clarity, so that all parts of the department were headed in the same direction. We want the whole organization to show a commitment to delivery, innovation and quality assurance. We did this by working on our organizational sustainability, improving our reputation and making the California Department of Technology (CDT) more relevant to state entities. Our goal is to move CDT toward greater capacity and sustainability and to grow, mature and transform CDT’s service offerings.

STATETECH: What new initiatives or innovations are you pursuing or planning to pursue?

WEINSTEIN: We focused a lot on commercializing my agency’s business model to maximize efficiencies and quality for our customers. When you set aside our government affiliation, we are a nonprofit IT service provider. Our value proposition is dependent on our ability to be price competitive. So we’ve instituted policies and changed procedures to operate like a business, from establishing service-level agreements to measuring metrics to billing for services.

Our customers consider us like any other IT vendor, but we enjoy some competitive advantages, such as not having to operate with profit margins. We simply bill at a rate necessary to cover our expenses. Many of our services are priced at below-market rates. We’ve also embarked on targeted marketing campaigns with a business development strategy geared toward migrating agencies off of legacy equipment.

REED: We have implemented a cloud-first strategy, which has been a big change for some agencies. We are helping the governor accelerate his goal to move more services online. We also developed a new strategic plan. When I got here, it was more of a vision statement. Now we have dates and deliverables and action plans for everything.

I’ve also established a new business engineering team, where we have engagement managers who talk to customers and understand where they are in their IT journey, and we connect them to the right technology or partners to accelerate where they are going.

RAHMING: I’m working with all the CIOs of major municipalities to collaborate on procurement and technology projects. If I have someone who has great technical skills and who is needed in a municipality, or they have a skillset I need, we can leverage each other for training and skills. The goal is also to work together on federal grants. We can have better vendor relationships and quantity discounts too. I’ve negotiated some nice discounts that include cities, counties, school districts and higher education.

NEELY: We want to create an environment for agencies to innovate faster and more efficiently in order to get new services out to citizens in a much quicker fashion.

STATETECH: Amy, during your tenure, California has built an Innovation Lab on the state’s private cloud that allows agencies to build, test and deploy web applications. You’ve also launched an open data portal and a new statewide portal. Where are you with those projects?

TONG: We have just launched these initiatives, so our focus is on taking these items and growing them. Both portals continue to expand and federate to include other state entities. We are also doing a demonstration project on agile development in the area of Child Welfare Services. It takes a different approach to large IT procurement. Instead of our normal, monolithic approach, which would often take years to complete, we broke the procurement into smaller pieces to allow each individual module to be built and then improved upon. This approach also revolves around user-centered design. The result is a product that matches every need of the user and that has been delivered in a timely manner.

Don’t forget to check out the second part of our interview, where we explore how the CIOs are planning to make room for the next generation workforce. 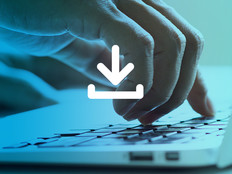