Alongside active volcanos, rich history, surfing and lush landscapes, Hawaii may soon add another defining facet to its identity: an increasingly paperless government.

Last month, the state detailed just how much it is saving in its efforts to ditch paper and move to digital documents. The savings could eventually tally in the hundreds of thousands of dollars — with millions of pages of printed paper saved, as well, according to the state.

The push to conserve paper helps save the state money and makes a good-faith move toward environmental sustainability. It is also part of a broader effort from Gov. David Ige to make government more effective, efficient and open. Ige has been a proponent of digital signatures and documents since 2015, and has struck a deep partnership with Adobe.

Hawaii Moves to Digital Documents to Save on Multiple Levels

Hawaii’s Office of Enterprise Technology Services slashed paper use by 20 percent in a six-month pilot program, which translates to a savings of one million sheets of printed paper, according to an ETS statement.

“Transforming from a paper-dependent culture to a digital environment improves public accessibility to government documents and increases transparency for our citizens. Electronic documents make it easier to store and retrieve documents,” Ige says in a statement.

ETS notes that nine state departments participated in the limited pilot, which took place from January to June. During the same period in 2017, more than 4 million sheets of paper were used.

“As we continue to reduce paper processes and transform government through digitalization, it encourages the adoption of new technology, while improving the efficiency and effectiveness of our State,” Hawaii CIO Todd Nacapuy says in the statement. “Paper reduction is beneficial for the environment as well as for our taxpayers.”

The pilot program helped government departments cut paper use by transitioning them into producing electronic reports instead of printing hard-copy documents, ETS says.

Notably, Hawaii plans to cut down paper usage even more over the years ahead. “Additional paper reductions and cost savings are expected in the coming months as more departments eliminate many printed paper reports entirely and convert others to digital documents,” the ETS statement says. In three years, Hawaii projects that it will save $500,000 and 10 million sheets of printed paper.

As the state government shifted to a digital way of doing businesses, Nacapuy tells StateScoop, “we experienced a cultural shift in the way employees viewed printing paper.”

Hawaii Teams with Adobe to Cut Paper Use

Departments were instructed to submit documents for the governor’s signature using an electronic routing form template, and in the first three months alone, there were 2,337 eSign transactions.

The state government partnered with Adobe in 2015 on the eSign pilot, and expanded it in 2016. The state wanted to both boost efficiency and deal with the fact that the state’s 1.4 million residents are separated on various islands.

After evaluating multiple solutions, Hawaii based the eSign initiative on Adobe Sign, the electronic signature solution within Adobe Document Cloud, according to an Adobe case study document. Adobe bills the solution as both simple and flexible, and it can be integrated into existing workflows, including with third-party solutions like Microsoft SharePoint and Outlook.

According to the case study, Hawaii has processed more than 400,000 documents through Adobe Sign, including travel and authorization forms, spending requests, accounting forms and acknowledgments of pay stubs for 40,000 individuals every pay period. All signed documents are saved as PDFs. Counting reductions in paper, ink, printing and employee labor costs, Adobe estimates the solution has saved the state almost $5 million in two and a half years.

In addition to those savings, the state also has helped the environment. Adobe estimates that signing 64,000 documents electronically instead of on paper saves 23,840 pounds of wood, 73,132 gallons of water and 6,150 pounds of waste. 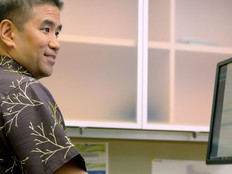 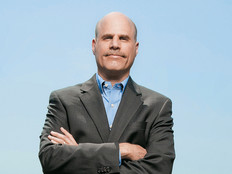 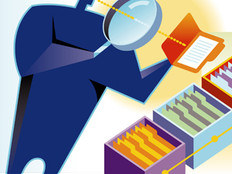