For some time now, states have embraced cloud computing as a flexible foundation for sharing services. Recently, states recognized they can achieve economies of scale by collaborating across boundary lines, moving their unemployment insurance services to the cloud in teams.

In 2010, Georgia, Tennessee, North Carolina and South Carolina joined forces in the Southeast Consortium Unemployment Insurance Benefits Initiative (SCUBI) to replace their individual systems with a single shared system, reports GCN. The Labor Department has encouraged the establishment of consortia such as SCUBI through grants designed to improve overall program quality, accountability, performance and integrity.

According to stakeholders, the consortium minimizes the cost of multiple states implementing expensive system redesigns on their own. SCUBI picked Capgemini's Acuity Unemployment Insurance Benefits solution, which handles unemployment benefit filings and employer claim management through self-service portals. By hosting the system in Xerox's cloud, states have the ability to ramp up resources during peak activity and reduce them when they are not needed.

“One of the beauties of doing a consortium is you then have the ability to leverage those software maintenance costs across four states, not just one,” Scott Sanders, the executive director of the National Association of State Workforce Agencies, tells Government Technology. He also notes other opportunities available in the consortium model, such as cross-training potential and the ability to scale innovations.

Idaho’s Internet Unemployment System (iUS) has been an unabashed (and cost-saving) success for Idaho, Vermont and North Dakota. A vendor selling a specific system for unemployment benefits could charge $30 to $60 million, iUS Director Mark Mayfield tells the Idaho Business Review. Idaho dedicated $10 million to establish iUS, which took only four months, and came in $3 million under budget. The system relies on Microsoft SQL servers.

The Idaho Department of Labor won the 2015 NASCIO State IT Recognition Award for Improving State Operations for the successful implementation of iUS version 1.0.

Increased Efficiency and Faster Processing in the Cloud

Perhaps the most well-known consortium for state unemployment benefits is ReEmploy USA, consisting of Mississippi, Maine, Rhode Island and Connecticut. Mississippi was the first state active on the system. Maine leveraged it for unemployment insurance payments beginning last year.

Mohammed Jalaluddin, director of the Mississippi Department of Employment Security’s Office of Technology Support and Innovation, tells Government Technology that his state’s cloud offering allows Maine and other consortium members to establish, validate and maintain most claims in real time.

Rhode Island will become active on the system in 2019 and Connecticut in 2020. According to Government Technology, the consortium results in tremendous cost savings for its members, and it received a $90 million grant from the Labor Department.

To facilitate its move to the cloud, Mississippi converged to a standardized VMware suite, Government Technology reports.

Departments Save Time and Money with a Joint Platform

States also discover internal efficiencies in their support of benefits through cloud computing.

For example, Louisiana offers a cloud contact center to its state agencies, provided by Enghouse Interactive’s Contact Center: Service Provider (CCSP). The Office of Unemployment Insurance recently joined. As Renita Ward Williams, the agency’s director, tells Government Technology, the move improved the efficiency and speed of services to the public.

With its soft phone system, the Louisiana contact center freed about 150 unemployment insurance agents from landlines. It also dramatically lowered hold times for citizens. Whereas hold times once averaged 30 minutes, a beneficiary calling today will be on hold for only a few minutes or even seconds. The agency expects to save roughly $64,000 annually with the transition to the new platform.

The evidence is clear: States have saved time and money when they have joined forces to offer unemployment insurance through the cloud. It certainly would not be a surprise to see this trend grow and to see states explore other ways they might collaborate and pool resources with cloud power in the years ahead. 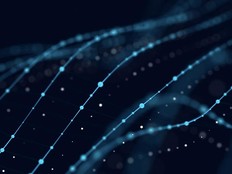