Cities that are undertaking smart city projects can turn to a class of tools to help them monitor Internet of Things smart city device traffic and maintain optimal network performance. These solutions fall under the heading of network performance monitoring and diagnostic tools. As a CDW article notes, NPMD tools “can play a crucial role in minimizing downtime, maximizing cost savings and delivering a satisfying experience for end users.”

Gartner notes that NPMD tools allow IT operations and network managers to “understand the performance of applications, the network and infrastructure components via network instrumentation.” The tools offer IT pros in city governments “insight into the quality of end user experience.”

NPMD tools not only can monitor the network components to “facilitate outage and degradation resolution, but also to identify performance optimization opportunities. This is conducted via diagnostics, analytics and debugging capabilities to complement additional monitoring of today’s complex IT environments.”

There are a lot of things that become “smart” in a smart city, including parking spots, streetlights, buildings, traffic signals and more. Smart city initiatives will attract technology investments of more than $81 billion globally in 2018, and spending is set to grow to $158 billion in 2022, according to IDC.

Research firm IHS Markit expects the smart city market will accelerate in 2018, with smart city device shipments eventually surpassing 2 billion by 2030. All of those devices, sensors and connections lead to increases in network traffic for cities. That traffic can degrade existing networks and connections.

Sensors, IP-connected cameras and other smart city devices add traffic to city networks of varying sizes, says Greg Schulz, an independent analyst and founder of StorageIO. These traffic streams can range from numerous, small bits of information that are collected and transmitted regularly from sensors to large video streams from internet-connected surveillance cameras. How that affects the network depends largely on how well the network is segmented, both physically and with virtual local area networks for workload isolation, traffic isolation and quality of services, Schulz says.

How IoT devices affect a city network also depends on how the existing network is running, whether its hardwired, wireless or some other kind of configuration. City IT managers need to consider how adding traffic, independent of IoT devices, would affect their network, Schulz says. That will lead them to consider how the network is physically and logically engineered.

Then, city network engineers and managers need to think through how IoT devices will access and use the network. That includes whether IoT devices will merely be collecting data and sending it back to a cloud or data center, or whether the network will be used to actively control IoT devices deployed around the city.

“Is it going to be used for collecting video streams?” Schulz says. “Or configuring, managing, monitoring via an IoT hub, but also used for IoT collection and dispersion activities?”

Cities also need to consider their existing supervisory control and data acquisition systems that control waterworks, gas, electric and other industrial systems in public utilities. SCADA systems are the precursors to IoT systems, Schulz notes, but are generally more protected, isolated and hardened. “Are those being thought of as part of a broader IoT network?” he says.

Network performance monitoring and diagnostic tools give city network managers a baseline for network traffic so they can determine if something is anomalous.

“It tells you what normal is so that when something unusual occurs in terms of network performance or activities, you have something to measure it against,” says Destiny Bertucci, “head geek” for network monitoring at SolarWinds.

NPMD tools alert network admins to a variety of issues so that they can quickly isolate issues and resolve them, minimizing network downtime. “Ideally, the network monitoring solution should allow the network administrator to be much more proactive than reactive, providing the end user with a much more reliable and efficient network,” says Mark Amick, senior product consultant at Ipswitch. “The best end user experience is where the end user never thinks about their network — it just always works reliably.”

NPMD tools can tell network admins things as simple as the health of a network and the devices running on it, the utilization of the network and how much bandwidth is being taken up by certain devices, according to Schulz. They can also point to where access points are congested and where bottlenecks and faults are in the network. And they provide an overview of network performance — for example, the network may not be overloaded, but it is slow for all users.

NPMD tools allow admins to quickly isolate those problems and determine, for example, that city officials may be testing new IoT devices that are “clobbering” the network, Schulz adds.

Additionally, NPMD tools can be placed in the traditional physical layer of networks, around switches and routers, but can also be placed a layer up in the logical part of the network, as well as another layer up to look at the workloads running on the network.

“Part of the role here is that whoever is working with these tools is able to move up from the traditional network and start looking at the workloads or the organization that is being facilitated by the network,” Schulz says.

“There are some tools that look up and down the stacks and layers,” he adds. “Some tools can only look down at the actual switches, the routers or the network services. Some look up at a logical layer. Some look up at the application layer.”

At their best, performance monitoring tools can allow network admins to isolate problems down to the actual devices in specific locations or rooms that are causing network issues. They also tell admins the type of errors that are occurring, such as dropped packets. That way, network operations staff members can intervene or hand off the issue to other IT team members.

Schulz says ultimately, the goal is “having enough information to avoid flying blind so that you can go and find what the real problem is,” as opposed to trying numerous fixes while complaints about network performance flood into network operations centers.

Network administrators will typically see such information via graphical user interfaces or dashboards, Schulz notes, which may be integrated with existing network toolsets or as a standalone solution.

How to Pick NPMD Tools for Smart Cities

City agencies and governments looking to deploy or replace NPMD tools have a great deal of options. Ipswitch and SolarWinds offer such solutions, as do a range of other vendors, including Hewlett Packard Enterprise, Cisco Systems, Dell EMC, Juniper Networks and Riverbed.

Traditional NPMD tools are also taking on new functionalities, Schulz says, and are adding the ability to specifically manage IoT devices. Some tools plug in at lower layers of the network while others can tap into layers further up and look at applications, he adds. “Their focus is more in being able to collect information, aggregate it, display it, help manage, as opposed to being focused just on the networking,” Schulz says of the latter tools.

Many NPMD vendors offer agencies free trial versions of their software, which can be downloaded and installed to verify capabilities, but agencies should also use other methods to evaluate a solution, Amick says. “Take time to fully understand the solution, its capabilities and also the future roadmap for the product,” he says.

Given the variety of tools out there and the stakes for network performance, agencies should partner with trusted third parties to help them pick NPMD solutions. “Probably the biggest mistake organizations make is not learning and understanding the full capabilities of the solutions they have purchased or are about to purchase,” Amick says. 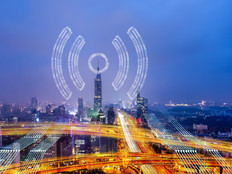 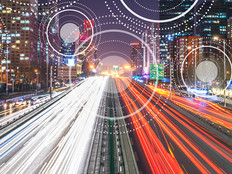