In January, San Jose, Calif., unveiled plans for a new innovation zone in a neighborhood on the west side of the city, the third time it has tried to launch such a zone in the past six years. However, city officials think this effort will succeed and scale up due to a change in focus.

As the San Jose Business Journal reports, in 2014, the city launched the Transportation Innovation Zone in North San Jose, and later opened a similar zone available to the entire city. Neither of those efforts were successful, the publication notes.

According to Dolan Beckel, director of the Office of Civic Innovation and Digital Strategy in San Jose, this time around the city is making the innovation zone “people-driven” and focused on real-world problems. The new program incorporates the efforts of multiple stakeholders, he says, including private real estate developers, technology companies, residents and city government officials.

The innovation zone will initially be focused on mobility issues, including 5G wireless deployments and autonomous vehicle testing, according to Beckel. City officials did not want to be overly proscriptive in how the innovation zone would operate.

“One of the things that has floated to the top is mobility, congestion,” Beckel says. That means not just getting around West San Jose, but for residents in the city as a whole, including those who commute from the east side to the west side for work, he says. “We want to look at it from the lens of the residents of San Jose.”

The innovation zone will address multiple issues over time, but mobility will be the first area that receives attention, a focus that bubbled up organically from residents. The city learned it needed to pilot scalable technologies and that having multiple stakeholders involved was critical, but that it was crucial to focus on “everyday residents and not the technology,” according to Beckel.

“If you become overly proscriptive, you are missing some great opportunities to improve quality of life,” he adds.

The city is working with Verizon, industrial giant Siemens and Amazon Web Services on the project. Verizon is interested in deploying a connected intersection solution to improve driver and pedestrian safety. Siemens is exploring how its smart energy systems built on Internet of Things sensors can be used by private developers. However, Beckel says, the city is still in the “discovery phase” of building out the innovation zone.

Jones and Davis will continue to engage with residents, developers and technology companies. As the San Jose Spotlight reports, the former Century 21 theater building is scheduled to become an innovation lab where residents can see new technologies in action, developers can explore smart energy and building solutions, and tech companies can pilot new initiatives.

San Jose is going to take advantage of its demonstration policy to test new technologies at no cost to the city, as well as its challenge-based procurements, to identify the highest priority technologies to pilot and take to scale.

“In this context, we’re really looking for solutions that can be scaled across the city,” Beckel says. That includes mobility and affordable transportation that can be accessed by all residents.

“Everyone has a challenge,” he says. “Everyone would like to see less congestion and more affordable transportation.” 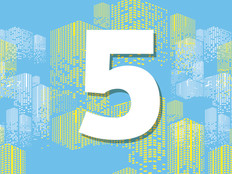 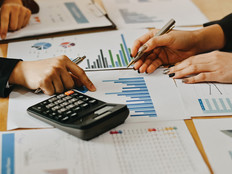 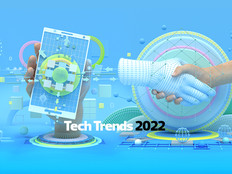