Keeping citizens safe is a primary task for thousands of state and local government agencies across the U.S. — one in which technology plays an increasing role. As agencies advance their use of IT in various ways, they’re finding that the data they produce and collect can be used to further improve public safety. An important trend in this regard is the emergence of mission-critical operations centers (MCOCs), which integrate data from different data streams to help state and local governments make better decisions about public safety.

The potential value of data to improve public safety is clear. In a 2021 survey from Verizon, 55 percent of first responders said the use of data for situational awareness has been a major area of technological improvement. Further, 93 percent said coordination among public safety agencies is critically important for responding to public safety emergencies.

To coordinate information streams, MCOCs take data from multiple systems and convert it to a usable format. “There are an endless number of data streams that can be used,” says Jason Schwartz, a senior manager for strategy and business development with CDW. “It depends on the use case.”

As agencies collect data from sources such as weather radar, sensors installed on smart streetlights, gunshot detection systems or video surveillance solutions, they are finding new and useful ways to analyze it for better decision-making. These tools empower agencies to be proactive — not only responding to incidents and trends, but also predicting risks that may lead to them.

Across the U.S., state and local governments have set up MCOCs for a variety of purposes. Some common characteristics can be seen in the successful efforts to build out these centers, such as:

Versatility: Numerous agencies have sought to maximize the flexibility of their MCOCs by engineering them for mobility and easy deployment. Mobile command centers use the same technologies as stationary centers, but they can be moved to more effective locations. “We’re also seeing the operation-center-in-a-box model, where infrastructure equipment can be shipped to a specific location ready to work,” Schwartz says. “These centers can be set up quickly for fast-moving or changing situations.”

Communication: The ability to communicate and collaborate effectively is essential to an MCOC’s success. In addition to strategically selecting the tools to enable this communication, such as collaboration and conferencing platforms, government agencies also should ensure that MCOCs are supported by adequate networking infrastructure.

Agencies typically use numerous technologies in building out MCOCs. One common feature is a large-scale video wall that combines several displays to show various data feeds — such as weather data, real-time surveillance footage and environmental sensor data — on multiple single screens, or stitched together as a single, multiscreen image.

These centers often collect data from surveillance systems such as video cameras and other sensors. Some MCOCs have also begun using automated license plate recognition systems. “ALPRs can spot stolen cars and alert authorities,” Schwartz says. “This means police don’t have to look out for wanted vehicles — cameras spot them automatically.”

MCOCs also are taking advantage of artificial intelligence, which reduces the demands on personnel and allows them to focus on solving problems. As cameras and other sensors make more effective use of AI, they improve their ability to identify potential problems and enable agencies to handle them proactively. For example, AI-powered cameras can automatically detect if a person leaves a backpack in an area and alert authorities. Similarly, occupancy counters can use AI to detect a large group gathering in a way that may represent a problem.

As technologies advance, the capabilities of MCOCs will continue to improve. State and local government agencies that take advantage of this evolution will put themselves on the leading edge of digital transformation. 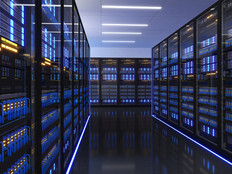