The idea is smart, widely beneficial, fiscally responsible and—now that government technology officials have put it to work—obvious in a forehead-slapping, why-didn't-I-think-of-that way.

Instead of writing 12 different software programs to manage the inmate populations of county correctional facilities, Massachusetts will roll out a single data repository and program, with individual workflow, to each jurisdiction. The program will reduce development costs, ensure the sharing of appropriate inmate data, and focus more technical eyes on identifying and fixing bugs.

But the idea doesn't stop there. Peter Quinn, the commonwealth's CIO, believes that with slight variations, correctional facilities across the nation could take advantage of the same program. Quinn's idea: Share the program by putting the code in a Web data repository accessible only to government officials.

Massachusetts' taxpayers have picked up the development bill for this program, but improvements to the code made by other users might eventually help the commonwealth more efficiently manage its inmates. And other states might even share their own programs.

"Why not take the fruits of our labors and share them, when we’re licensed to do so?" Quinn asks.

It's a question that many public sector CIOs are asking. A handful of city and state technology officials joined Massachusetts in December 2003 to create the Government Open Code Collaborative (GOCC), an effort that promises to change how governments select and implement technology. The group's Web site and code-sharing data repository went live in June 2004.

"This puts the whole build-versus-buy decision into a brand new context," says W. Val Oveson, CIO of Utah, whose governor's office was a charter member. "We could save money and find software that's more relevant and useful. If it's already working for someone else, why build it from scratch?"

The GOCC is willing to share many useful applications, but legal, technical and cultural obstacles stand in the way. "This is uncharted territory, and some people are afraid to go here," says co-founder Jim Willis, director of eGovernment and information technology for Rhode Island's Secretary of State's office.

Proponents say a public sector code-sharing cooperative makes sense because so many opportunities exist for collaboration. Inmate management, welfare, motor vehicle registration, taxation and a host of other service areas cut across state and local government boundaries. But CIOs often scratch and claw for funding to buy or build one-off systems to support these efforts.

"From our perspective, we are naive enough to think that because we do the same things and face the same problems, we should be able to share software," Quinn says. "We see opportunities for working together to incur lower expenses and enjoy the intellectual participation of a much larger community."

On a smaller scale than Core.gov and the GOCC are some state efforts, including one pioneered by Utah. Seven states in the O-TRACK consortium use Utah’s inmate management system, a program similar to the one developed in Massachusetts. But this consortium exists only for a single application, not for the wide variety of applications and code that GOCC members want to share.

In Ohio, the Northeastern Ohio Technology Committee (NEOTC) brought together more than a dozen counties to share technology and expertise. (See “Bucks With More Bang,” State Tech, Fall 2004.) Four of these counties report that NEOTC collaboration has produced almost $2 million in cost savings or cost avoidance.

“These efforts are an attempt to use the open source model to become more efficient,” says Charles Garry, senior program director at the IT research firm META Group in Stamford, Conn. “Why reinvent the wheel, especially when a lot of governments do essentially the same things?”

GOCC members point to several benefits of collaboration. Government entities that have large IT organizations, such as Newport News, Va., and Rhode Island’s Secretary of State’s office, anticipate that new features and bug fixes will result from code sharing.

Andy Stein, director of information technology for Newport News, helped develop a vote-tallying system that was uploaded to GOCC’s data repository. “If the software is useful and stable, others will use it, help us fix any problems and contribute their own enhancements,” Stein says.

“We want as many people as possible offering comments,” he says. The group also plans to share a Web syndication program that aggregates government news about individual subjects, even when the information comes from separate departments.

Smaller cities and towns, such as Gloucester, Mass., don’t expect to be able to contribute a lot of code. “I’ll be very happy to let all the larger municipalities and states do the legwork on that front, while we keep something of a backseat. That’s my secret plan,” quips Mike Wells, director of information services. More seriously, Wells believes that small municipalities like Gloucester can fill the role of the expert user, providing guidance for application improvements.

Wells thinks it’s unlikely that GOCC’s open source programs will ever replace the large back-office financial or asset management applications municipalities buy from commercial vendors. “Probably no one at the municipal level is going to sit down and write their own financial package,” he says. “But it would be marvelous if a small open source application plugged into one of our larger commercial packages.” Wells also sees value in downloading “clever little fixes like Windows batch scripts that people are sharing—the kinds of things we might otherwise have to buy off the Internet.”

If collaboration is such a good idea, why hasn’t anything on the scale of the GOCC sprung up already? GOCC members cite several reasons.

Accordingly, all code copied to the central repository must either carry a public open source license or be code that a public entity owns and legally can share. The rules sound straightforward, but lingering confusion makes compliance tricky. (See “By the Book ” above.)

States and localities also must run vastly different combinations of hardware and software, making for incompatible IT infrastructures. “Although on the surface we are building very similar applications for public safety, public utilities, tax systems and budget management, we developed our systems independently over the years,” Newport News’ Stein says. “Some of us are using COBOL applications, some are using flat files, some are using relational databases. It’s difficult to share an application from one environment to another.”

GOCC members believe that the larger open source movement is showing them a path around these technical incompatibilities. Members plan to develop “target-neutral” applications that can run unaltered in Windows, Unix, Linux and other common operating environments. “Open source code is the common denominator,” Stein says.

Others worry about potential service and support headaches. “One of the fears that I have heard expressed is that somebody will take our code from the repository and then expect us to help implement it, and that’s unacceptable,” says Utah’s Oveson. To address this issue, code contributors plan to specify that programs downloaded from the GOCC repository are “as is,” and public sector users or their commercial consultants are responsible for all support issues.

GOCC’s pending “as is” warning demonstrates that, far from excluding commercial software developers, code-sharing consortiums might open new revenue streams for them. “This offers a new model for making money for firms that specialize in adapting software,” Oveson says. Maintenance revenues are more profitable than licensing, with some large software vendors reporting profit margins of more than 80 percent for their maintenance operations, META Group’s Garry says.

A final roadblock to consortia success is skepticism bred by lack of knowledge. Some CIOs don’t always understand what open source software is and how it can help their organizations, Newport News’ Stein says.

“Until cities agree that we’re more alike than different in our needs, I don’t think [code sharing] will get much traction,” he concedes. “But once we start sharing valuable applications through the repository, and states and localities start downloading and using this software, I think they’ll start getting comfortable with how stable the technology is.”

“The open source movement has made us a better company,” says Stuart McKee, former CIO of Washington State and now national technology officer at Microsoft. “The Microsoft development community is the largest in the world, and a lot of these shared solutions are for our platform.”

In November, Microsoft launched the Solution Sharing Network (SSN), an online collection of communities in which governments can exchange IT best practices and proprietary source code (www.microsoft.com/sharedsource).

There are 3,000 midsize to small cities in the United States, and 80 percent of them use spreadsheets as a budgeting tool,” McKee says. “Within that group, people have written some very robust applications. Why not share those things?” SSN maintains libraries for code that is catalogued and shared.

Representatives from the IT departments of some state governments have asked SSN to establish communities focused on their individual states, and Microsoft may set up these new communities.

The heavy lifting needed to get the Government Open Code Collaborative (GOCC) off the ground centered around legal issues. “We were focused on preserving the rights of each agency or state,” says Peter Quinn, CIO for Massachusetts.

At issue were concerns about protecting the intellectual property of each state, ensuring that the distribution of a product created with taxpayer dollars did not end up in a commercial enterprise (a legal constraint in many states), and determining how open source or shared proprietary software can coexist with commercial applications.

Exacerbating the legal issues are outdated state laws, says Jim Willis, director of eGovernment and information technology for Rhode Island’s Secretary of State’s office. “A lot of laws that concern state property don’t even deal with software,” he points out. “What you can or can’t do with state roads doesn’t have much relevance to software.”

“We’re not trying to take any intellectual property away from anybody,” Quinn says. “But we want to share the things we’re legally entitled to share.”

This application programming interface converts Structured Query Language statements to formatted Rich Site Summary (RSS). The tool enables governments to easily build data feeds that include any or all fields from a returned query.

This Web application can tally and report city election results for the voter registrar.

The program manages the filing of meeting notices and minutes that governmental organizations are required by law to file.

This security notification management application uses real-time workflow to assist in the eradication of malicious attacks. 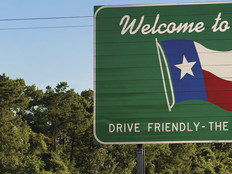