IT's Place in Open Government

As state and local agencies hunker down for another year of limited technology spending, some IT executives are finding wisdom in the adage, "waste not, want not," especially when dealing with user computing power.

In Lehigh County, Pa., for example, replacing old Windows 2000 computers is a must. Due to a spending freeze under a previous administration, IT is still catching up on a number of years where life-cycle management was simply not done. Many of the 1,400 workstations are well beyond the desired replacement cycle, says Bob Kennedy, director of computing and network infrastructure for the county.

Along with CIO Troy Stone and Development Manager Bryan Weis, Kennedy is part of the Computer Aid team that manages the county's Office of Information Technology. "In many cases, swapping out antiquated machines with a current model is overkill," he says.

This initiative is consistent with the primary objective to meet business needs in a cost-effective manner.

"Seventy-five percent of the time, users aren't doing anything that requires much horsepower," Kennedy says. "The latest PC we have is about four to five times the horsepower of what they had. Why pay for all of that power when it is not needed?"

Kennedy has begun deploying thin-client computers rather than traditional PCs for some users. "People here have been running fairly well with five- or six-year-old computers; giving them a thin client is not a downgrade by any means," he says. "We can improve system uptime and performance for the user while reducing outages due to end-of-life equipment. This is a win-win scenario."

With thin clients, servers  in the data center handle processing and store data.

For Lehigh County's thin-client architecture, Kennedy selected HP t5540 machines and Microsoft Windows Server 2008 Terminal Services in a virtual environment. "We've been able to keep the investment relatively low because we're using existing server hardware and have excess virtual capacity," he says, adding that for every PC being replaced, the county can buy three or four of the HP thin clients.

Since late last year, IT has provided HP t5540 thin clients to about 30 users, with plans to deploy another 50 to 60 in the next couple of months, Kennedy says. By year's end, the number of thin clients in use should reach 100 and possibly closer to 150, or roughly 10 percent of his desktops, he adds.

With the initial project planning and system configurations completed, rollout has been a breeze, he says. "We image the thin clients and send them out. We can roll out a new machine in under an hour."

It's this ease of deployment and management that will prove especially beneficial, says Shawn McCarthy, research director with IDC Government Insights. "The real savings comes down the road, when you don't have to send a help-desk technician out to every machine to do patches and upgrades or install central software for remote management."

In a thin-client environment, a technician simply logs into the terminal server hosting the user applications and jumps into a user session to help with problem diagnosis, Kennedy says.

As simple and cost-effective as thin clients may be, the decision can't be made capriciously, Kennedy advises. IT must carefully examine what applications are in use and how often they are used before replacing a PC with a thin client, he says.

While the county has about 15 commonly used applications on its terminal server, most people use only Microsoft Office and one or two browser-based applications and e-mail, Kennedy says. This makes them ideal candidates for thin clients, he adds.

If you have a lot of people running applications en masse, that's a great opportunity for thin clients, agrees Kristine Johnson, technical architect with Pasco County, Fla. "But when you've got anything specialized, then there's going to be a question of whether it will work with a thin client."

Johnson speaks from years of experience; Pasco County began using thin clients a decade ago. It now has about 290 thin clients, including some HP Neoware e140s picked up last year and 937 PCs, notebooks and Panasonic Toughbooks, she says.

"It's important to remember that no one size fits all, Johnson adds. "It would be a mistake to think that every user could be satisfied with thin-client computing. And, in fact, if you tried to do that you'd run into some resentment from folks who know better and know they need a PC for a particular function."

The Green Side of Thin Clients

Trent Ratcliff, senior IT manager for the Regional Transportation District in Denver, is a self-proclaimed thin-client believer. One reason -- it's green, he says.

By the end of March, RTD will have deployed 600 thin clients, or about half of its desktop infrastructure. It uses Wyse V10L clients on HP servers in a VMware infrastructure, Ratcliff says. It has realized a one-year return on its thin-client investment, he adds.

With ROI accomplished, Ratcliff decided to study the green benefits of thin clients. Here's what he found:

In the summer months, the cost of cooling a 250-watt PC power supply versus a 15W thin-client power supply, based on the local utility's per-kilowatt charge, would net RTD more than $60,000 in energy savings.

Plus, a PC is 10 times bigger than a thin client. That means 10 times more landfill waste from PCs than thin clients.

"The unexpected side effect of thin clients is the green aspect of it," he says. 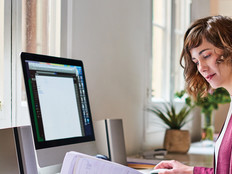 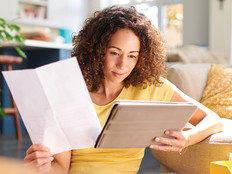