The newest version of SimCity, the 24-year-old video game that made urban planning cool, is set to arrive in March. The game allows users to build and manage a city, forcing them to make decisions about education, energy, water, sewage and transportation. Each facet of the game affects all of the others. For example, if you educate your citizens, they will oppose a nuclear power plant. If you don’t educate them, they won’t fight you, but they won’t earn as much money when they enter the workforce. Correlations like this make the data-driven game incredibly complex.

Could it be that managing a SimCity is similar to managing a real city? Urban planners rely on data every day to make cities run efficiently, and they have to make many of the same tough decisions that SimCity players must make. Obviously, on many levels, managing a real city is different from running a virtual city, but as the game has matured, it has gotten closer and closer to mirroring real life. On its website, the American Planning Association finds the game relevant enough to reference it multiple times, including this snippet:

Players take on the role of urban planner (though officially designated “mayor” in the game), deciding how much land to devote to housing, industry, and commercial buildings (offices and stores), building roads and rails and heliports, and setting aside land for parks, zoos, and police stations. As the game unfolds, players see how their decisions affect the number of people who want to move to the city, the taxes generated from houses, offices, and factories, the level of traffic congestion, and the amount of pollution. When taxes get too high or traffic congestion becomes too intense, people move away, looking for less expensive places to live or places with a higher quality of life. The game also teaches that planners need to expect the unexpected, as a host of natural and human-caused disasters can suddenly descend upon the city.

The game may not be sophisticated enough to teach professional planners how to make their cities more efficient, but the game has long been a staple in classrooms around the world. With the latest release,

SimCityEDU will allow teachers to create and share lessons digitally, which will teach critical thinking about the problems modern cities face.

Lucy Bradshaw, the senior vice president and general manager of EA's Maxis Label, explained that SimCityEDU "will become the foundation of a program to re-imagine learning in a way that will inspire today's youth."

"For decades, SimCity has been embraced by the educational community as an engaging video game that also provides a powerful learning experience, teaching problem solving skills through imaginative civic gameplay," Bradshaw said.

Read EA announces SimCityEDU for the classroom on Polygon.

Local governments and urban planners could potentially use this technology to test ideas in a simulated environment, says Stace Harman of VG247:

Thinking of putting the squeeze on your majority middle-class citizens, business owners and pioneers of industry? SimCity will let you find the tax-percentage tipping point where they go from grumbling about conditions to upping sticks and moving away. Toying with the idea of under-funding the education sector and forgoing basic emergency services infrastructure? Watch how your dim and desperate constituents turn to a life of crime or accidentally set themselves and their neighbours alight.

Read SimCity: building greatness one block at a time.

Whether SimCity is the answer or not, simulated environments will be crucial to the future of urban planning. The federal government is using simulated cities to train cybersecurity professionals, and IBM’s CityOne has gained popularity with governments around the country.

What do you think about SimCity’s potential impact on urban planning? Let us know in the Comments section. 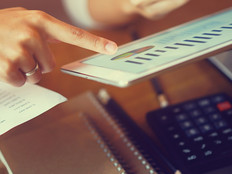 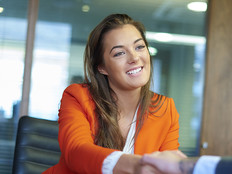