Improved connectivity and mobility are conveniences that consumers have come to enjoy, but governments are finding that the benefits of tablets and unified communications aren’t just fun, they’re essential.

As part of a panel at Cisco Live, representatives from three government agencies spoke about how they’ve successfully leveraged both mobile devices and UC solutions to transform operations in their respective organizations.

Matt Benefiel, trial court administrator at the Ninth Judicial Circuit Court of Florida, says technology has allowed the court to expand its translator services significantly with the use of virtual translators.

“One interpreter can cover hearings in 7 different venues, on demand,” Benefiel says. “Now we can actually do it from home, using a Jabber client.”

The court has even started using virtual translators on mobile devices such as the iPad, he adds.

By tapping into this previously unavailable pool of certified interpreters, the Ninth Judicial Circuit Court of Florida is able to provide access to translators in courthouses that didn’t have them before. The agency has also increased its capacity for translation services with the virtual interpreters.

Most important, the virtual interpreters are saving the state of Florida serious money, which Benefiel pegs at “seven figures statewide.”

Video Conferencing Takes the Lead in the Alabama National Guard

Speaking for the Alabama National Guard, Lt. Col. Steven Grigsby shared a personal reason for why video conferencing was a game changer for his job.

“Last year, this time, I was in Afghanistan. The last thing I want to do is spend an hour away from home. [Video conferencing] gives me more time to spend at home, which I'm very pleased about,” Grigsby says.

The Alabama National Guard use Cisco’s Telepresence to collaborate either in the office or on the go. One of the advantages of video conferencing is that it provides workers in disparate locations with a deeper level of communication than regular voice conferencing.

Additionally, in the event of a natural disaster, commanders are able to “assemble” the troops much faster virtually than they would be able to physically.

“This is giving our commander the ability to reach out at a moment's time to collaborate,” Grigsby says. “He can pull the commanders together pretty quickly, even if he has a commander out in a deer stand somewhere.”

The Florida Department of Highway Safety and Motor Vehicles uses video conferencing in its patrol cars to cut down on the need for face-to-face meetings in a central location. This means officers can spend more time on the road, rather than sitting at a desk, says Rob Fields, the agency’s CIO.

Mobile meetings aside, the Florida Department of Highway Safety had a data management problem with its more than 1,000 dashboard cams installed in troopers’ cars.

An eight-hour shift typically produces about a gigabyte and a half of video, Fields says, and getting that footage downloaded from the cameras was a challenge. Officers had to come to an office and wait while IT pulled down the data manually, and many went for days without offloading their dashboard cam footage.

So the agency collaborated with Cisco and came up with a wireless solution that automatically and consistently downloads the footage without the officers having to do anything other than park their car, Fields says.

“If they drive off, as soon as they come back it'll start downloading again,” he says. Now, upload time from the patrol car to police station for a typical gigabyte and a half, “can take anywhere from about 7 minutes to about 18 minutes.”

For more information on news and updates from Cisco Live 2013, check out our sister site BizTech for full coverage from the show. 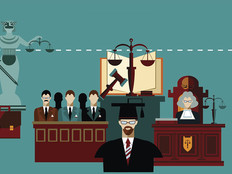 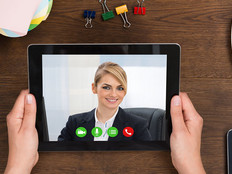