The ability to test new technology before buying it is a convenience many consumers have come to expect. But for government agencies, that’s the exception rather than the norm.

North Carolina is one of the exceptions. Last year, the state launched a collaborative effort with industry, educational institutions and citizens to transform the way government delivers products and services through technology. The heart of that effort centers on the North Carolina Innovation Center (iCenter), a working laboratory in Raleigh, N.C., where users can test new hardware and software before the state commits to purchasing them. Workspace design, hosted virtual desktop and self-service solutions in state offices and attractions are among the recent projects being conducted at the iCenter.

“We’re going to try it before we buy it,” Gov. Pat McCrory said at an October 28, 2013, news conference announcing the opening of iCenter. “That’s innovation.”

So far, the state has tested more than $6 million worth of technology for free, and the iCenter has saved the state about $1.4 million a year in storage costs and $7 million in renegotiated contracts, according to a news release a year after the opening. At the iCenter, state agencies can test technology, see if it integrates with existing systems and determine what technology will be needed in the future.

“In the year since the [North Carolina] Innovation Center opened, we’ve tested more than twenty technology projects,” state Chief Information Officer Chris Estes said in the release. “Imagine the impact we could have around the country with another 25 states joining that effort.”

The iCenter’s success has made North Carolina a model for other state’s looking to create similar working laboratories. Last month, the governor announced North Carolina would lead a National Innovation Community of 25 states — and counting — focused on adopting technological innovation in government. Estes will lead the coalition. 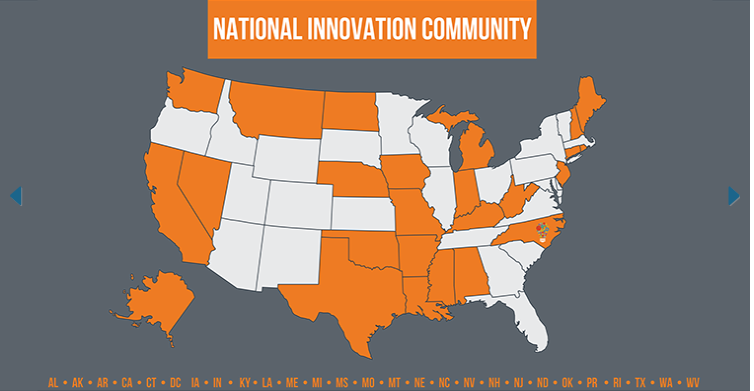 Creating a Safe Place to Innovate

People often talk about innovation and running government like a business, but state and local government agencies do not get the same perks as private companies, says Dan Hoffman, chief innovation officer for Maryland’s Montgomery County. The most innovative companies are expected to push the boundaries, fail fast, learn from their mistakes and try again, he adds. That’s not the case in government, Hoffman says, but the rise of chief innovation offices is providing a safe place for governments to test new ideas and technologies.

In an interview with StateTech, Hoffman explains the challenges:

Taxpayers expect us to, in many ways, act more like a business. They are efficient and wonderful, but the fact is private companies try and fail and research new things all the time; it just never makes it into headlines because they aren’t using taxpayer dollars. It’s much more different from government. It’s incumbent upon us to leverage new practices to the benefit of residents. These are things that might not be tried out otherwise because there is not an appropriate test bed for them. … They needed a place to do it — a test bed.