When former Baltimore CIO Chris Tonjes joined the city in 2012, he inherited a mainframe that was out of warranty and in need of replacement. Equipment was nearing end of life, and Tonjes described Baltimore’s installed base of desktops as “a museum of PCs past.”

Faced with a dire situation, Baltimore overhauled its data center with a fabric-based computing infrastructure and then upgraded the network. The problem that Tonjes faced in having to modernize Baltimore’s systems all at once is not uncommon in government, where budget cuts can postpone much-needed upgrades. Upgrading infrastructure is a necessity that no agency can ignore.

Not unlike the closure of a critical stretch of I-495 in Delaware last summer or the 2007 collapse of the I-35W bridge in Minneapolis, failing to maintain infrastructure costs more in the long run than waiting until systems fail before replacing them.

"Earmark a healthy chunk of annual IT budgets toward updating, managing and maintaining IT infrastructure."
— David Hutchins, VP of state and local sales for CDW•G

State and local government CIOs face myriad challenges when it comes to keeping infrastructure up to date.

But in order to best serve citizens and keep systems performing optimally, public-sector IT leaders must emphasize the importance of modernizing their infrastructures so they’re equipped to operate in the information economy.

Without these investments, agencies won’t be able to deploy new services if the network, data center, applications or clients aren’t up to snuff. In fact, a 2014 survey from the Center for Digital Government finds that 59 percent of respondents say their agency attempted to deploy a new technology or initiative that failed or proved to be problematic due to an inadequate IT infrastructure.

To fulfill their goals, IT leaders can begin by earmarking a healthy portion of their annual IT budgets toward updating, managing and maintaining their IT infrastructure. Because infrastructure isn’t something that elected officials can see, though, it’s up to the IT department to help them understand the importance of keeping technology current.

IT leaders can also adopt several best practices and technologies to prolong the life of their infrastructure.

By periodically investing in infrastructure enhancements, organizations can ensure they have the underpinnings necessary to support both current and emerging applications.

Governments are enhancing their IT infrastructure with these technologies: 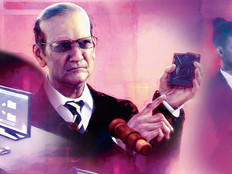