Lenovo’s ThinkPad S1 Yoga not only ranks among the largest and most powerful in the manufacturer’s ultraportable lineup, it’s also on the high end of that class in general.

With a full Core i5 processor and 4 gigabytes of RAM, the Yoga deftly serves up Windows 8.1 programs. Most window tiles can be populated by graphics or even looping movies without sapping performance. A light tap on the 12.5-inch touch screen sends the display scrolling in the desired direction without any hint of delay.

The Yoga lacks an optical drive, likely because its inclusion would have tipped the scales too far for it to still be considered an ultraportable. But the device features two USB 3.0 ports for attaching external devices via a speedy interface. Lenovo designed the Yoga with a screen that can rotate back against itself in a full 360-degree arc, which provides enough resistance to act as a stand in certain configurations. The S1 also sports ample battery life — almost eight hours in our testing. And should the device enter sleep mode during inactivity to conserve power, it can bounce back to full power in less than two seconds.

The Yoga scored 916 in the Passmark Performance Benchmarks, which took into account the lightning fast 180GB solid-state hard drive. Given that most ultraportables rarely reach 1,000 in their Passmark score, the S1 ranks as one of the most solid performers in the space.

As with most notebooks, the Intel internal graphics are a little weak for 3D applications, but perfectly suited for any business-class program. Photoshop and large Excel spreadsheets loaded quickly. And even a movie looked good on the 1920x1080 high-definition display with no pixelation or delay.

The Lenovo ThinkPad S1 Yoga offers quite a workhorse in a small package. With a huge screen, great performance and good security, it can morph into whatever’s needed, from a tablet to a desktop-based system to a robust presentation tool, and almost anything in between.

Learn about each of the four Lenovo ThinkPad S1 Yoga usage modes at statetechmag.com/Yoga. 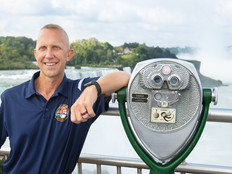 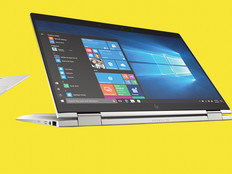 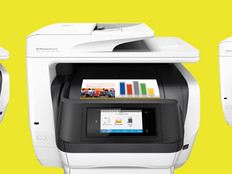