When it comes to IT security, there’s no such thing as a summer slowdown.

According to Symantec’s monthly Intelligence Report, July saw 579 vulnerabilities, including six zero-day vulnerabilities, the highest number in more than a year. What’s more, there were 53.7 million new pieces of malware discovered that month.

Such escalating threats keep chief information security officers on their toes. In fact, it takes a team to combat these attacks. That’s one reason we recently hosted the StateTech Cybersecurity Summit. There, participants zeroed in on the unique infrastructure security demands of state and local governments and offered tactical tips for keeping data, networks, systems and users safe.

Paul Bivian, CISO for the city of Chicago, Ricardo Lafosse, CISO for Cook County, Ill., and August Neverman, CIO and CISO for Brown County, Wis., discussed everything from how to use threat intelligence to suggestions for creating engaging security awareness campaigns.

Because we all need every advantage in countering malware and can learn from each other, we share the best advice from these experts in “Hands-On Security Tips from State and Local CISOs.” You can also view videos from the event at statetechmag.com/cybersummit.

While most headlines focus on digital threats and breaches, physical protection of the data center is no less important. Governments fend off intruders with a combination of technologies such as proximity badges, video surveillance, alarms, locked hardware cabinets and monitoring.

Find out what physical security provisions Pasco County, Fla., included in its new data center in "Getting Physical: Controlling Access to the Data Center."

We hope you enjoy this issue. Share your success stories and feedback with us on Twitter, at @StateTech. 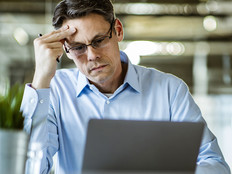