Alabama CIO Brunson White has stepped dwon from his post after close to three years in the position. Joanne Hale, a professor of management information systems at the University of Alabama, on Jan. 4 officially succeeded White, who also served as the state’s secretary of IT.

Alabama Gov. Robert Bentley appointed White as the state’s first secretary of IT in April 2013. White said his greatest accomplishments include updating the state’s software and cybersecurity policies and embracing cloud technologies.

White first started working with the state government in 2000 as a “loaned executive” and had been running a consulting business, StateScoop reported. White said he is pleased with the progress made during his tenure but that his daily 175-mile commute became too much of a burden for him and his family, a key reason he resigned.

White said that when he first started working with the state, there wasn’t a clear plan for managing IT infrastructure.

"There was really not one page for everybody to get on back then," White told Government Technology. "They didn't even understand what they were getting into, and people went into it this time not only with everybody being on the same page, but also, the governor was able to consistently back up those decisions day in and day out."

Under Bentley, the state focused on making IT decisions more centralized, White said, adding that since he became CIO his team has grown more experienced. "I felt like this was unfinished business for me," he said. "I have thoroughly enjoyed doing it, and I think we've made substantial headway."

White listed as his main accomplishments efforts to bolster Alabama’s cybersecurity standards, modernize its software and move away from outdated technology, though he acknowledged that the state still uses quite a bit of old tech.

Additionally, as Government Technology reported: “White's office put a lot of policy in place that's now just waiting for funding to be implemented, such as IT investment, IT human capital management, IT model organization, and a common nomenclature for job titles and functions so there's less confusion between agencies.”

As StateTech reported last year, Alabama started migrating to Microsoft Office 365 from the state’s on-premises version of the office productivity software. The government also adopted Microsoft Azure for Government, “an Infrastructure as a Service solution certified for compliance with FedRAMP and other federal standards,” StateTech reported.

“The cloud helps us stay modern in a number of ways,” White said. “When we contract for compute power from a service provider, we no longer have to worry about keeping our server infrastructure current.”

Transitioning to those kinds of cloud-based platforms is the kind of project Hale will likely be managing for the next few years, Government Technology noted. Additionally, Alabama is also working on a new CGI Advantage ERP system, which Hale will need to manage as the state continues to modernize its IT.

Bentley picked Hale as White’s successor a couple of weeks ago, StateScoop reported, giving Hale and White several weeks to work together. “It worked out perfectly,” White told StateScoop. “We actually got a good month of overlap of her coming down and shadowing me, so it may be the smoothest transition in the history of state government.”

White praised Hale as someone with the right kind of experience to lead the next stage of Alabama’s IT transformation.

"Dr. Hale has been involved with the state for a long time," White told Government Technology. "I've known her since her and her husband started the MIS program at the University of Alabama. She's been an advisor to the state for years and working on many blue ribbon panels that have studied IT. She's one of a handful of people that convinced me to do this job, and she's in a situation where she can do it herself now." 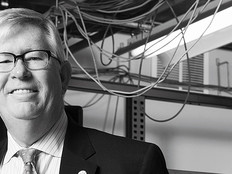 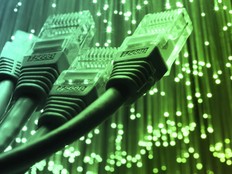 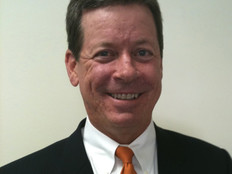