Alabama replaced aging PCs with a mix of desktops and portables from Apple, Fujitsu, HP, Microsoft and other manufacturers, says Secretary of IT Brunson White.

“If it ain’t broke, don’t fix it” may be sage advice for some situations, but it’s not necessarily the best way to run an IT department, as Brunson White discovered when he became Alabama’s first secretary of IT in 2013.

Many of Alabama’s 36,000 desktop PCs were chugging along, but the machines were still running Windows XP and only a few months remained before Microsoft stopped supporting the operating system. Breaking into modernization mode, White took stock of the hardware. “A significant amount of the infrastructure was more than 5 years old and didn’t meet the minimum processor and memory requirements to run Windows 7,” he says. In fact, nearly 13,000 of the antiquated PCs needed to be replaced.

With the clock ticking, the state accomplished the massive overhaul in time to meet the deadline, with only a fraction of the computers requiring temporary expensive extended support contracts.

“It was a herculean effort,” White recalls, adding that it was one he’s not eager to repeat. “Government does a pretty good job of staying current with its mainframes, but does a lousy job with other technology. And that’s a bad proposition,” he says.

With benefits like these in mind, Alabama is now moving to Microsoft Office 365 from the state’s on-premises version of the office productivity software. The state is also tapping Microsoft Azure for Government, an Infrastructure as a Service solution certified for compliance with FedRAMP and other federal standards. “The cloud helps us stay modern in a number of ways,” White says. “When we contract for compute power from a service provider, we no longer have to worry about keeping our server infrastructure current.”

Funding is one roadblock to upgrades. Alabama spends less than two percent of its annual budget on technology, and about 85 percent of the funds earmarked for IT go to maintaining current technology. White hopes to significantly reduce capital expenses over the next five years by tapping cloud when it’s practical. When it’s not, he wants agencies to consider commercial software rather than upgrading custom solutions, which could reduce operational spending to less than 50 percent.

Going forward, White plans to work with state finance experts to formulate metrics for determining the useful life of technology, including when it’s most beneficial to upgrade hardware and software. In the meantime, he adheres to this guiding principle: “Think about outcomes from the perspective of constituents. That leads us to the right decisions about modernization.”

Santa Clara County, Calif., is home to Silicon Valley. But steep budget deficits in recent years meant the county’s IT operations weren’t staying current with the innovations being developed by its corporate citizens. Adding to the money woes, the county’s various departments rarely coordinated their IT activities, leading to redundancies and ad-hoc upgrades. “We’re now standardizing, consolidating and centralizing wherever it’s practical,” says CIO Joyce Wing.

The county is creating a single email system and Active Directory authentication service based on Office 365. Even­­tu­ally, the upgrade will replace 16 separate email systems.

Although the changeover won’t be complete for months, attitudes are evolving. “Once IT people realize they needn’t worry about maintaining their email system anymore, they understand the value of this project,” Wing says. “Some are relieved that they can now just focus on delivering IT business solutions.”

“The new license covers more than double the number of people, and we have access to many more products for only an additional $300,000 a year,” Wing says. “That’s a dramatic improvement.”

The city of Detroit faces tougher IT modernization challenges than most municipalities. Authorities are closely scrutinizing its finances now that the city has emerged from bankruptcy. At the same time, long-delayed upgrades have kept some workers running PCs dating back to the last decade.

As a result, Detroit is now rolling out 5,500 new PCs, notebooks and mobile devices in a $25 million project that also includes a multigenerational leap forward in Microsoft Office applications and the Windows operating system. “When money is tight, you cut back on maintenance and upgrades because you just simply can’t afford them,” says CIO Beth Niblock.

Now that Detroit has purchased hardware and software and the imaging of PCs is complete, the IT group has embarked on upgrades. But technology is only part of Niblock’s focus. “There is going to be a radical shift for people who were on Windows XP or older or who are moving from Office 2000 to Office 2010,” she says. With that in mind, the IT staff is offering a series of training sessions and materials to ensure city personnel become productive as quickly as possible.

“There are huge costs around upgrades that go beyond just the price of the equipment and the software,” Niblock says. “Worker productivity is a huge consideration, and that’s why we’re putting so much emphasis on training.”

In the future, if the city’s financial recovery stays on track, Niblock plans targeted upgrades tailored to how people use technology. For example, mobile devices used in police cars or ambulances typically must be replaced more often than desktop PCs. “We are figuring out how to work these types of considerations into our plans,” says Niblock. “It’s definitely a balancing act.”

The Continuing Benefits of Upgrades 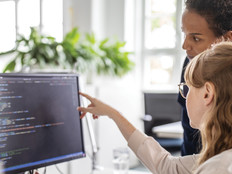 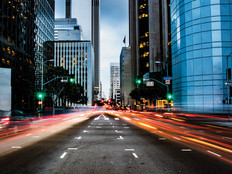