The use of broadband Internet is as natural as breathing to many Americans in 2015, but some who live in rural areas still lack access to it. In recognition of this problem, Gov. Robert Bentley signed an executive order in July that will outfit those citizens with modern broadband resources through the newly established Office of Broadband Development. Officials hope this ongoing effort will bring the entire state up to speed when it comes to Internet connectivity.

Ensuring that residents throughout Alabama have the same level of Internet access is the main objective of this initiative, but the Office of Broadband Development has a broader goal to improve the state’s well-being. Noting that the office was created to usher Alabama into the “ever growing digital age,” Gov. Bentley explained the additional benefits.

“Broadband development is critical in Alabama’s continued economic growth, and I am confident that this newly created office will help us in reaching statewide goals in the areas of public safety, healthcare, education, e-Government, agriculture, tourism, economic development and more,” Bentley said in a statement.

Kathy Johnson, the office’s executive director, said these goals can’t be reached if some residents are left behind.

“Broadband used to be a luxury,” she told StateScoop. “It’s become such a critical component — children go home from school and they are required to do research and connect with their teachers on their Internet. Without broadband, children in rural Alabama will fall further behind their peers in Montgomery or Birmingham.”

The challenge in providing everyone with sufficient Internet access is a lack of resources, StateScoop reports:

The difficulty arises when isolated citizens — such as farmers, who are often located on large swathes of land miles away from cities or towns — are in need of service but are unable to fund the laying of cable, which can cost providers $25,000 per mile. Such cases often lead to pressure on local governments to develop and subsidize their own broadband infrastructure, a venture that Johnson said is difficult to sustain.

Johnson added that she’s “[encouraging] the development of public-private-partnerships” to simplify the task and make broadband connectivity a reality for the entire state. 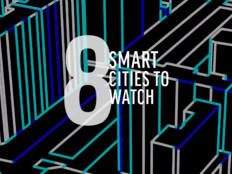