Although most Americans can summon a private car, order a drone and purchase international plane tickets using their smartphones and computers, many voters will find themselves using good old-fashioned pen-and-paper ballots as they vote this primary and general election season.

This might be a surprise, given the increased push toward more digitized civic engagement, but there’s been strong pushback against electronic voting. Questions about reliability and security have been raised, and in some states, legislation is now forcing boards of elections to use paper-based voting machines.

Maryland is one of those states. The state was actually a pioneer back in 2002 when it adopted touch-screen voting kiosks, but concerns about the accuracy and reliability of an electronic voting system without a paper trail led to the Maryland General Assembly passing a law in 2007 that saw the state roll back the push toward electronic voting.

“In the mid-2000s, there were some people who were vocal in saying that they didn’t like electronic voting systems,” said Nikki Charlson, Maryland Board of Elections deputy administrator, in a comment to StateTech.

But disabled voters will still have access to a touch-screen-based voting machine that will produce a paper-based ballot, she said. And the switch to a paper-based system doesn’t mean technology is completely shut out of the process, as the state will now have a digital image record of each voter’s vote after it’s scanned through the optical scanner, Charlson added.

Maryland recently purchased new paper-based voting machines and will have its first real test of the new system during its early voting period, which runs from April 14 through April 21, and the actual primary election day, on April 26. Some Maryland election officials have concerns about voters being confused by the new machines, but Lt. Gov. Boyd Rutherford, who helped defeat a measure that would have funded a public relations initiative on voter education, said “I guess I just think people are smart” and can figure out how to work the new machines.

While Maryland is one of several states rolling back their touch-screen-based voting systems, one group in Utah is forging full-speed ahead as a digital-voting trailblazer.

Utah Republican voters will be holding their caucus not just digitally, but over the Internet, reports Wired. Utah Republicans won’t be the first to do so, as Internet voting pilots and trials have been conducted in the past in Alaska and Washington, D.C., but those tests have failed to turn into an approved, statewide practice.

For his part, Utah GOP Chairman James Evans believes the risks associated with Internet voting aren’t worse than the current system, though many security experts disagree.

“We’re not going to be held to a higher standard than the human error of regular voting,” Evans said in an interview with Wired. “I can accept those concerns when I have the same level of concerns about just the corruption that goes on in everyday voting.”

Convenience or Security: What Matters More to Voters?

“When people stop me in the supermarket and ask, ‘When am I going to be able to vote on my cell phone?’ I say ‘Pretty soon — in about 20 years,’” said Dana DeBeauvoir, the county clerk for Travis County, Texas, in a USA Today article.

But back to the original question: If we can buy almost any and everything we want online, why shouldn’t we be comfortable voting using the same or similar processes that allow us to use our credit card information to purchase groceries or buy electronic goods?

The answer is that e-commerce expects and is comfortable with a certain level of fraud. Our electoral process, however, has zero tolerance for fraud.

“Online banking is a huge success, but we expect a relatively high cost in the sense of fraud and loss in any given day, but we still gain far more value out of that,” said Kathryn Peters, co-founder and chief operating officer of Democracy Works, a group that aims to streamline elections, in a story in The Atlantic. “The problem with online voting is … that’s a cost that historically we have not been willing to consider in terms of an election outcome, in being able to review that it is completely free and fair. To be honest, a zero- or minimal-risk tolerance in elections makes sense from a policy perspective.”

The voting process is clearly on the path toward innovation and evolution, but states and boards of elections have to balance technology innovation with iron-clad security. And until that right mix of security and convenience is achieved, we can expect states to grapple with how and when to implement new technology in the voting process. 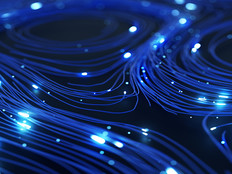