From police protection to trash pickup, cities and counties provide a variety of services to its residents.

Adding broadband to that mix, especially on a citywide scale, is a relatively new concept that nonetheless can provide tangible benefits to the municipalities that offer it.

For the most part, large cities don’t have a major problem with broadband installation. The populations are so dense that many private broadband providers will take on the expense of building and maintaining networks, confident that customers will follow. But smaller, more rural areas, or those in traditionally economically disadvantaged areas, may not attract a major internet provider right off the bat.

The answer might be for a city’s IT leaders to roll up their sleeves and do it themselves.

The Chattanooga, Tenn. metropolitan area was one of those regions. The city has been a leader in civic efforts to establish lightning fast internet speeds in its community, paving the way for smaller communities to get broadband service.

In 2011, the city launched a broadband project and became one of the first cities in the country to provide broadband to residents. The results were outstanding.

“[Broadband] is a key differentiator for us and a reason why I stay here,” said Jack Studer, a Chattanooga-based venture capitalist, in a video produced by Alcatel-Lucent. “It’s a reason we bring companies here, as opposed to me going out and finding companies somewhere else.”

As Studer says in the video, there are some cows in Sequatchie County, Tenn., (just outside Chattanooga) that have faster Internet than everyone living in San Francisco. While some early citywide broadband projects struggled (Philadelphia’s story is typically seen as the worst case scenario), municipal broadband projects in places like Chattanooga are taking off.

Chattanooga’s success is part of a growing trend around the nation, as broadband providers work more closely than ever to provide cities with this service. While not always easy, states, cities and counties have found creative ways to bring broadband to residents.

In rural states like Kentucky, where up to 25 percent of the population has no internet access, providers must explore ways to bridge the lonely miles between towns.

To help, the KentuckyWired project (also known as Kentucky I-Way in eastern Kentucky) is building a bridging backbone that will cost $350 million over the next 30 years. As parts of the backbone become established, private providers can lease capability to provide service to rural towns across the state. It’s a similar idea to how the first railroad networks were built and a model that could serve other states.

Massachusetts' government is wiring many of its westernmost towns for broadband through the WiredWest program.

To join that program, communities must get at least 40 percent of households in their area to commit to purchasing the broadband service once completed. That commitment includes a deposit that will be reimbursed as a credit against their first bill.

With committed customers already in place, it takes a lot of the risk away from broadband providers. So far, 32 towns have joined the program, with construction on the $34 million fiber optic backbone due to start this summer.

Maryland found a clever way to improve broadband capabilities for the more rural parts of the state.

Federal lawmakers approved a $100,000 grant to fund the AllCoNet Backbone Microwave Link Upgrade Project, which provides broadband service to the 911 call centers, police and fire departments in many towns of western Maryland.

With funding to set up infrastructure for public safety, the excess broadband capacity can be offered to businesses and residents

Cities and municipalities that desperately need broadband access, but don’t have the money or the expertise to do it themselves, can instead follow Iowa’s example: the Connect Every Acre program. Using tax incentives, Iowa offers a 10-year property tax exemption for any company that helps bring broadband into its many underserviced towns and communities. 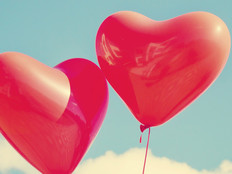 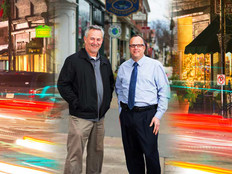 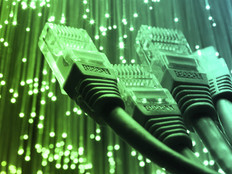