According to a March report from the Government Accountability Office, the 24 agencies participating in the Federal Data Center Consolidation Initiative (FDCCI) racked up $2.8 billion in cost savings and avoidances by closing 3,125 data centers between fiscal years 2011 and 2015. Total FDCCI savings could jump to approximately $8.2 billion after agencies shutter another 2,078 data centers by the end of fiscal year 2019, the report states.

So what can state and local governments learn from the initiative’s success?

“In general, the federal government consolidated enough to show the effort is well worth it,” says Shawn McCarthy, research director at IDC Government Insights, which tracks IT spending.

Savings at the State Level

Seeing the potential, some states have already taken major steps to reduce sprawl.

Ohio, for instance, began consolidating its IT assets into a single facility in 2013. In a 2015 interview, the state’s deputy CIO told StateTech that the initiative had already generated more than $50 million in savings.

Other state and local governments have chosen to strengthen their consolidation efforts through public-public partnerships.

In 2011, the city and county of El Paso, Texas, unveiled a jointly managed data center that would drive down operating costs. According to an article on El Paso Inc., the project resulted in nearly $6 million of taxpayer savings.

According to a report from the county’s then-CTO Peter Cooper, “other benefits related to the initiative are improved management, operational efficiencies, improved access to information and improved customer service to both organizations.”

Similarly, the Texas Data Center Services program, overseen by the Texas Department of Information Resources, provides consolidated data services to multiple state agencies. The setup allows agencies to eliminate the expense of owning and maintaining their own IT infrastructure.

Although some state and local governments have already reaped the benefits of FDCCI-inspired initiatives, others may find that budget silos hinder progress.

“Some states have separate IT budgets but some don’t,” he says. “Sometimes, analysts have to go to the program level to get data on IT spending.”

Without a clear view of IT spend across agencies and programs, it’s difficult to see potential savings. Political pressure to cut spending can also impede progress, as state and local governments may be unwilling to make the initial investment.

McCarthy says consolidation is about the long game, though: “You have to spend the money to save it on costs later.” 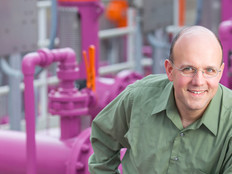 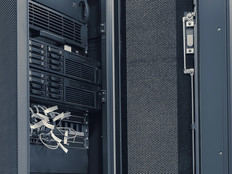 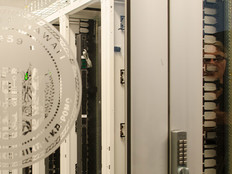