A quiet revolution has taken hold in everyday life and it’s being driven by a mobile app. Uber, the game-changing, private-transportation application and platform that unlocks average citizens’ vehicles as car service inventory, is the exemplar of this overarching “as a service” trend in our lives.

And the Chicago suburb of Naperville, Ill., is taking that concept and applying it in a uniquely lifesaving way. With the use of the PulsePoint Respond application, which tracks and alerts CPR-certified volunteers of incidents so they can assist in an emergency, the town of 146,000 is establishing itself as a pioneer in the state.

Naperville, Ill., is the first municipality in Illinois to begin using a smartphone app that will allow people who have CPR and automated external defibrillator (AED) certification to respond to cardiac emergencies in public places, Fire Chief Mark Puknaitis said.

The PulsePoint Respond app informs users of emergency situations within a 12-block radius of their current location in the hope that volunteer help might arrive to provide assistance in those dire minutes before firefighters or EMTs can make it to a location, Puknaitis said.

As a bonus, the app also provides users with the dates, times, locations and natures of all of the department's emergency calls as they are received, in much the same way that electronic radio "scanners" once allowed citizens to monitor police and fire emergency situations.

The value of having a volunteer, on-demand workforce that can help in situations of cardiac arrest can’t be understated. Every minute counts, and Naperville paramedics “have been sent out on 70 CPR-related calls and 120 other situations in which someone was not breathing” since January, according to Puknaitis. The city’s paramedics spend on average about six minutes making their way to a call, he said, so if a volunteer can get to someone who’s in distress and resuscitate him or her within two minutes rather than six, that’s a game-changer.

Fire department Division Chief Andy Dina found the service and worked with the city’s IT department to roll out the application to the public. It’s a healthy and encouraging sign of how IT can truly have a meaningful impact in the way that cities serve and empower their communities.

So far, 547 people in Naperville are using the app, according to Puknaitis.

You can learn more about PulsePoint Respond in this demonstration video from the nonprofit that developed the app. 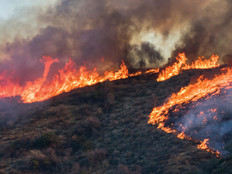 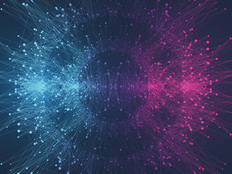